You’ve probably seen this Stanley demo bar in ads or at the store and wondered how it wouldvperform. So did I, and a deck demo job came along that let me satisfy my curiosity. Jumping to the bottom line: I liked this bar a whole lot…but for reasons other than I thought I would.

This thing is 30 – inches long, making it, well…long, for a demo bar. That length came in handy when using the hammer head as a sledge hammer. I used it to pop out the eight – feet deck railing sections as a unit with a single blow at each corner. It generated enough force that I had to dial back my swing. At eight pounds you might be tempted to compare it to a six or ten poundsledge, but because the weight is more evenlydistributed along the Fubarit was less clumsy touse, and gave me more control, than a sledge hammer with all its weight at the head.

As a result, I really preferred this over a sledge for smashing things. I didn’t even notice the textured scales on the handle, which meant that they did their job perfectly. The handle was never slippery on even a humid day, nor too coarse on the hand. Stanley got this just right. The opposite end of the Fubar sports a beveled claw with a nail puller. The puller works fine for pulling large nails or screws, but the claw works beautifully-again this is a feature that Stanley got just right.

Because of the length and weight of the tool you can drive
the claw end down as you would a pinch bar, and the angle of the claw is then right at the sweet spot for levering pieces of wood apart (see the photo of the bar levering stairs off
a rim joist, for example). I was very happy with this aspect of the Fubar.

Opposite the hammer head is a ripping hook that will go through drywall or plaster and lath literally as easily as it would go through butter. With plaster/lath, the open jaw is then perfect forpulling it out without making an  excessive amount of dust.

The hook can also be used as a splitter The jaw has an opening that will grab onto 2.5 – inches of 5/4 material, and about 1.5 – inches of 2X stock. For twisting out studs this is fine, and the 30 – inch length provides lots of leverage. But if
you have to pry on soft/rotted 5/4 decking or water – softened 2Xs, it’s not enough of a grab length — the timber just breaks apart.

You can hardly blame the bar for this, but it did mean that this wasn’t the right tool for prying up the soft decking that I had to get rid of. (I wound up running a circ saw down each edge of the joists to cut the decking into 14 – inch pieces.) See the funny pentagonal opening beneath the jaw that looks like a wrench? Well, it is a wrench — for fire hydrants. That’s not going to be useful to you, but it’s there because a somewhat different version of the Fubar is sold to fire fighters as a demo tool (fire fighters have to bust through walls, doors, and roofs as a routine part of their job).

I figured I’d better tell you this or you’d be giving yourself fits trying to figure out a use for that feature on the job site.

If you’re used to using shorter demo tools, the Furbar III will give you new destructive capabilities, and for that reason alone it’s worth adding to your truck. In that truck, it won’t take up any real room, since it’s skinny and flat – you can always find a crevice for it. It really does replace the need for a sledge, pinch bar, and framing hammer for most demo jobs. The
deck I had to remove came completely apart with just this bar and a circular saw.

It’s definitely a keeper for me, and a go – to tool in the future. 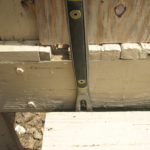 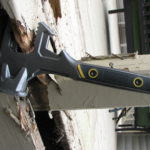 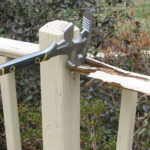 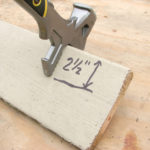 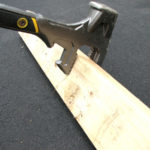 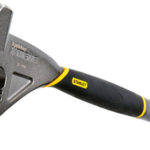