I recently remodeled a home and hired a reputable window company to measure and supply all the windows. One item that the window rep and I both missed was that both bathroom windows should have been specified with tempered glass.  We missed it and rightfully so, got called out by the building inspector. Replacement sashes would have cost at least $600-800 per window. There had to be a solution, it turned out there was; window safety film. Safety glass standards ANSI Z97.1 and CPSC 16 CFR 1201 are all about reducing the risk of death and laceration in the event you fall through and break the glass. Accidents happen, many times, slip and falls result in people falling into glass.

Safety glazing standards have done a very really good job at reducing the severity of broken glass laceration injuries and deaths. But what happens if you have an older house or if you made a mistake like we did?

Many older homes in the prior to these code requirements have large windows of ordinary glass that are not safety glass. Instead of replacing these windows, it is possible to strengthen the glass with window safety film products such as Scotchshield™ window safety film from 3M. Applied properly, the material is durable, effective and does not change the look of the glass. Window safety film is a thin layer of clear flexible film plastic applied to the back of the glass, this 4-mil safety film holds the glass pieces together if broken, reducing the risk of injury.

An installer can apply a label self-certifying that the glass complies with the CPSC standard. According to ICC Evaluation Service legacy report 94-41, the product qualifies as safety glass when properly installed. Many jurisdictions accept this, and the label is not likely to be present with a homeowner-applied film. While window safety glass will not stop an intruder, it will slow them down. slowing an intruder down while you home means buying you more time to call 911, escape, get to a safe room or defend yourself. Many security films are tear resistant and makes the window harder to penetrate and help hold glass fragments together after impact.

There are tinted, UV rated fiilms that reduce the amount of heat gained through transmission of sunlight. these window films can help you lower energy costs, eliminate hot spots, reduce glare and protect carpet and furniture from fading. Many of these films reduce up to 78% of the sun’s heat, evenly disperse natural light, reduce eye strain glare, and block up to 99% of harmful ultraviolet rays.

Note – The soapy water acts as a lubricant for the squeegee during glass cleaning, film application, and future cleaning. Do not use any household glass cleaner containing ammonia or vinegar to clean the glass or film; it can dissolve the film adhesive. Measure the window carefully before unrolling and cutting the film. Film may be applied from side to side, or top to bottom. Use the measurement that leaves the least waste. Many installers pretrim the film to 1/16″ less, all sides, than the window dimensions.

Place the Film on the Wet Window

Spray the Outside Surface of the Film and Squeegee 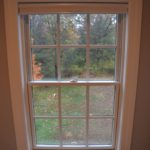 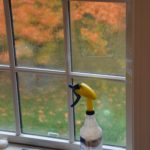 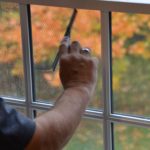 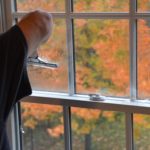 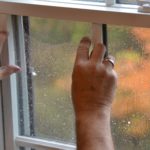 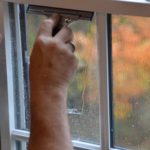 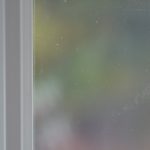 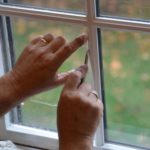 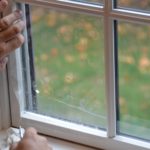 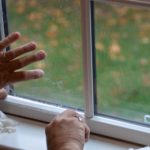 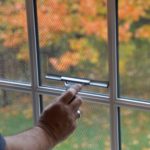 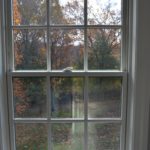