By Josh Bordenca on Tool and Product Reviews, Tools PLUS! 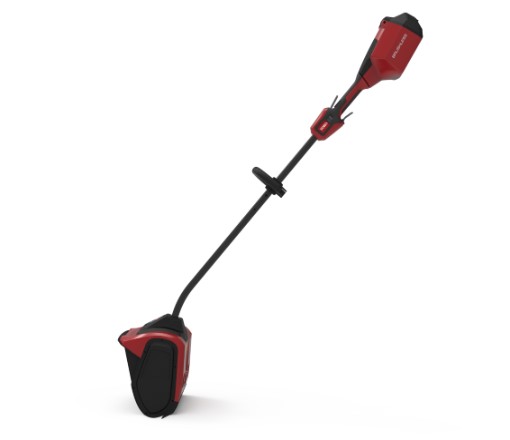 From December to March here in New England we tend to face varying amounts of snowfall.  During these months we spend hours clearly our walkways, driveways, and even paths for our pets.  How we do it can get entertaining, from shovels, snowblowers, and sometimes even leaf blowers.  Electric snow shovels are not new news, corded versions have been around for years.  The push for cordless continues to grow as companies improve their cordless lines and battery performance. We tested the Toro 60v Power Shovel, model 39909. 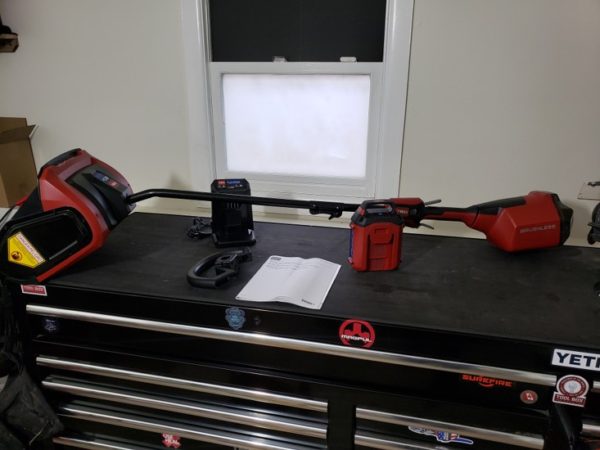 The setup is like that of a weed whacker or handheld street sweeper meant to augment between shoveling and a snowblower.  The 60v 2.5 Ah battery, plugged into the top of the unit is protected by a plastic cover from the elements, an adjustable handle just below the trigger, a trigger safety that is depressed before the trigger, 2-speed settings on the side of that grip, and a 12-inch-wide shovel with a plastic blade. 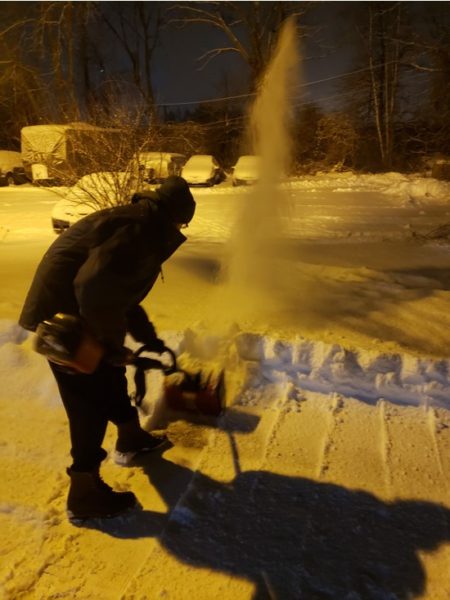 Recently New England has been fortunate to have mother nature drop varying amounts of snow, in varying forms, from 3 inches of fluff to 8-10 inches of the fun heavy snow.  The Power Shovel .Most of us may not like the cold and spending that much time outside during a storm may be unpleasant, but I would like to see it last longer before having to recharge it. 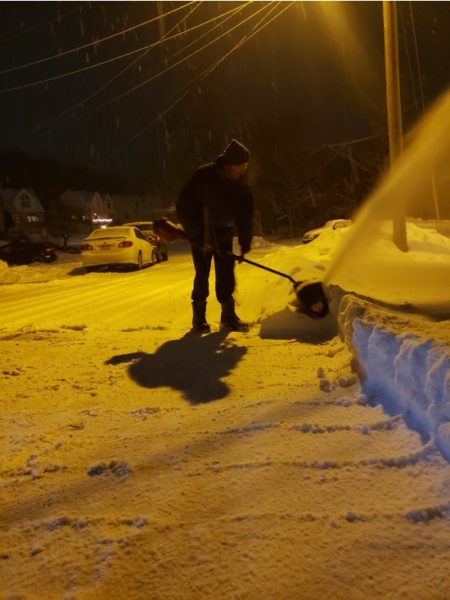 Aside from the snow launching, the scraping blade on the very bottom does allow the user to get extremely close to the pavement.  Anything over 6 inches of snow, it is recommended that 2 passes be done, as it can get bogged down and as a safety precaution, will stop if it is overloaded.  The heavier the snow, you will want to use the Power Shovel at a slower pace, which is where the longer battery life would be beneficial. 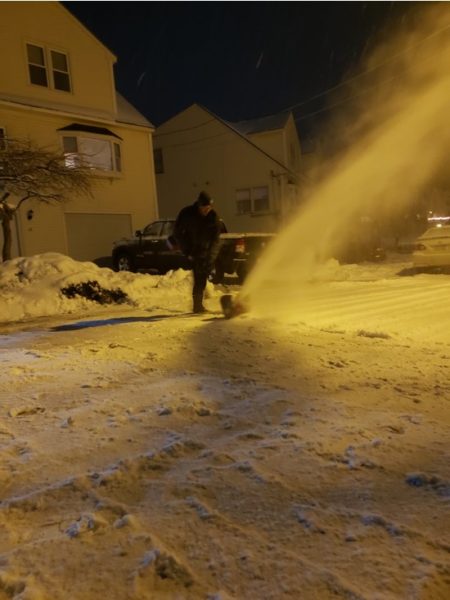 Given Covid-19 times this model can be found online at $299.00 which includes 1 battery and charger, or for $239.00 as a bare tool.  You could also find Toro’s corded version for $109.00.  For me personally, as much as I appreciate cordless tools, the price tag is a little heavy, especially when I can buy a small snowblower for $200.00 more.

As far as recommendations, a second battery, shoulder strap, or combine the best of both worlds making this tool a hybrid where it can be both corded and cordless, would make the cost much more appealing.

More on Tool and Product Reviews, Tools PLUS!

Josh has been a carpenter for twelve years. He began his carpentry career long before he even knew it. His grandfather, and uncle, had strong interests in carpentry and were a big influence on him growing up.In order to pay for college, Josh joined a small remodeling company and worked after school and weekends eventually earning a bachelor’s degree from Salem State University.After college, He continued working as a carpenter, perfecting his skills. Later on Josh joined a large general contracting company based out of Marblehead, Massachusetts. He began as a laborer and was quickly put on the finish carpentry team. Spending just over 6 years with this company, he worked on high-end homes, additions, and foundation to finish builds.Josh joined the Concord Carpenter crew in 2012. His passion for perfection and excellent finish carpentry skills are a great asset to the Concord Carpenter team. Josh takes pride in producing quality work, while expanding his knowledge and skill, all with a little country music in the background!

All posts by Josh »