Milwaukee Sawzall Blades and Hole Saws – Made in the USA

This week I traveled to Greenwood, Mississippi, often referred to as the “most southern place on Earth,” to visit one of Milwaukee Tool’s manufacturing plants.

Greenwood is located on the eastern edge of the Mississippi Delta and was a 19th-century cotton mecca. Before the American Civil War, it was known as one of the richest cotton-growing areas in the nation. It is steeped in racial, cultural, and agricultural history.

Unfortunately, agriculture alone does not sustain many jobs or businesses. While the region has some economic activity in the lumbering and soybean industry, the area’s economy could use a few more good jobs. Milwaukee’s manufacturing plant is an important provider of employment in the area. In the last decade or two, Mississippi’s state and federal government and have been successful at attracting large business manufacturing plants with tax and growth incentives.

In 2001, Milwaukee opened their Greenwood plant with 87 employees and quickly expanded the building and staff to 508 employees.

In 2015, Milwaukee had help from the Mississippi Development Authority, which provided $1.5 million in infrastructure grant improvements for a new building and renovations to Milwaukee’s existing plant. Milwaukee spent an additional 15-million in plant expansion and improvements.

Today, the plant is 390,000 square feet and is home to 670 employees, with plans to expand further. Milwaukee is now the largest manufacturer in Greenwood. Milwaukee Products Made in the USA

I’ll bet you didn’t know that Milwaukee is the ONLY tool company that never left the U.S. manufacturing business. While most of their operations are overseas, they do employ thousands of folks here in the states.

Many people are not aware that Milwaukee has three major facilities in the U.S. Over the last 5 years Milwaukee has invested $47 million in U.S operations to develop leading-edge power tool technology.

At the Greenwood plant, Milwaukee manufactures and distributes all of their sawzall blades and hole saws. You may not realize that Milwaukee Tool invented the reciprocating saw (sawzall) in 1951 — and everyone else followed their lead. Imitation is the best form of flattery!

There is a second plant in Jackson, Mississippi where they make step drills, corded sawzalls, mag drills, and some larger motors. A third plant, in Mukwonogo, WI., manufactures Empire levels and tools. Milwaukee Investing in Future US Jobs

I had a chance to meet Jack Bilotta, director of the company’s Greenwood plant.

Jack explained the Milwaukee supports local universities like University of Mississippi and University of Tennessee through grant and educational programs.

For example, one initiative provides tools and equipment to the Haley Barbour Center for Manufacturing Excellence (CME) to provide opportunities for students interested in manufacturing at Ole Miss.

These opportunities are distinct to local Mississippi universities and are not available at other universities in the United States. For more information about the CME, visit http://www.cme.ms/ Job Opportunities at the Plant

There is no question that Ole Miss is turning out some very talented young men and women in the electrical and structural engineering departments.  Milwaukee recognizes the value in partnering with the university and has shown a commitment by positioning themselves to hire some of the best and brightest students after graduation.

This initiative sends a clear message local students about potential future professional career opportunities in their own state.

Milwaukee Tools officials said they are certain Ole Miss graduates can and will find employment within the company’s Mississippi plants.

“We have a year-over-year need for the top engineering talent, adding as many as 10 or more to our facility each year,” Bilotta said.

It’s an initiative that makes sense for the local universities and Milwaukee Tool, as well as the broader Greenwood economy. 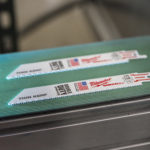 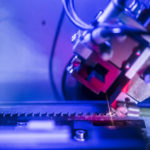 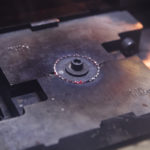 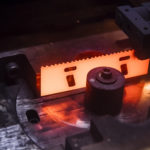 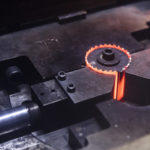 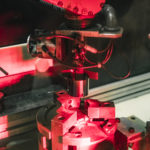 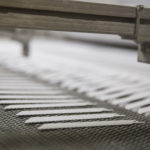 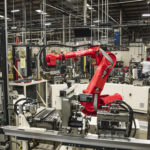 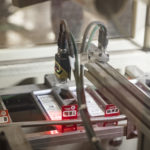