Do blade-left circular saws really provide advantages?  One of the standard arguments for worm-drive saws, which are typically blade-left, is that they provide better line-of-sight to the cut line than blade-right saws (which most sidewinders are).   A clue that this argument may have faults is that it assumes a right-handed operator, standing in the most natural position while cutting.

Sidewinder advocates argue that a blade-right (and thus motor-left) saw puts the weight of the motor over that supported side of the piece being cut.  But this argument also makes an assumption: a carpenter cutting such that the cut piece drops to the right.

Neither of these assumptions is always true.  Carpenters cut lumber in all kinds of positions.  The cut piece may fall to the left or right.  Moreover, their dominant or non-dominant hand may be operating the saw.  They may have one or two hands on the saw.  Even assuming cutting comfortably on sawhorses, an operator’s foot position may shift to accommodate what their hands need to do and their eyes need to see.  And of course, they may be using either a blade-right or a blade-left saw.

Which Blade Orientation Is Best?

To illustrate that one blade orientation isn’t better than the other given all of these considerations, I’ve marked up a series of 16 photographs.  The variables here are: blade-right or blade-left saw, cut a piece to the right or left, dominant hand or non-dominant hand operating the saw, and one or two hands on the saw.  That’s 2x2x2x2=16 variations.  For each variation, I’ve used green (indicating “good”), red (indicating “bad”) and yellow (indicating “not optimal”) to indicate line-of-sight (with an arrow), hand position/saw control (with a circle), and weight/motor support (with an arrow).  I’m right-handed; left-handers will simply have to make the appropriate transposition in their minds.

Now, you can quibble about any particular assignment I made (maybe you think I should have denoted something as green rather than yellow, for example).  Maybe if I’d shifted my foot position I could have green-lighted something that I didn’t, and so on.  Whether you agree or disagree with any particular decision I made isn’t the point.  Rather the point is that the whole situation is complicated, and neither saw is really “better”.  Which saw is “better” depends on several factors related to the particular cut being made and the carpenter’s ability to compensate for any weak points by changing their position (remember that not all cuts are made on nice sawhorses with plenty of space around them).

The fact is that most carpenters make cuts from all sorts of positions, with various hand configurations on the saw, and with the cut piece on the right or the left all day long.  Sure, if you’ve set up at a cutting station doing repetitive cuts, a blade-right or a blade-left saw may suit you better at that moment, but even then it’s really most dependent on what you’re used to and most comfortable with, not what’s “best”.  Choosing a blade-right or a blade-left saw isn’t a matter of which saw has no disadvantages – it’s choosing which set of trade-offs you’re most comfortable with.

Thanks to SKILSAW for providing (nearly) identical sidewinders to illustrate these photographs.  SKILSAW has taken its legendary reputation with worm-drive saws into the sidewinder market, and its “east-coat” saws are worthy of the name.  I review both of these saws in a companion article here (spoiler: they’re great saws!) 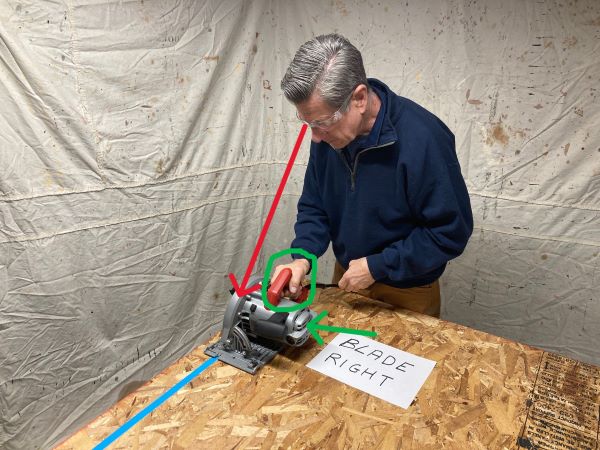 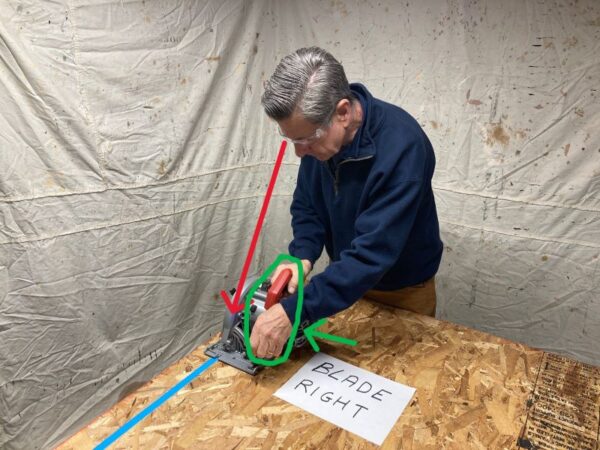 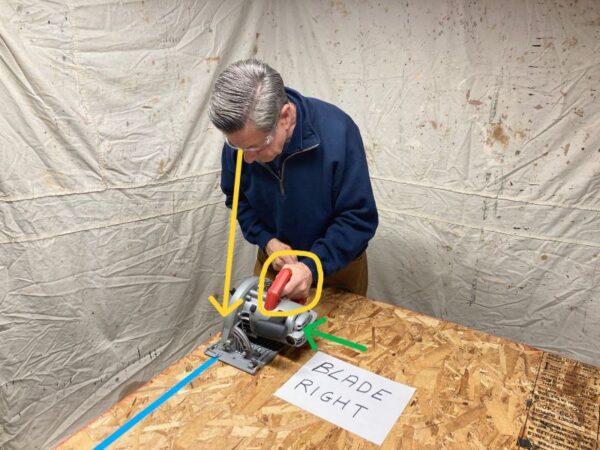 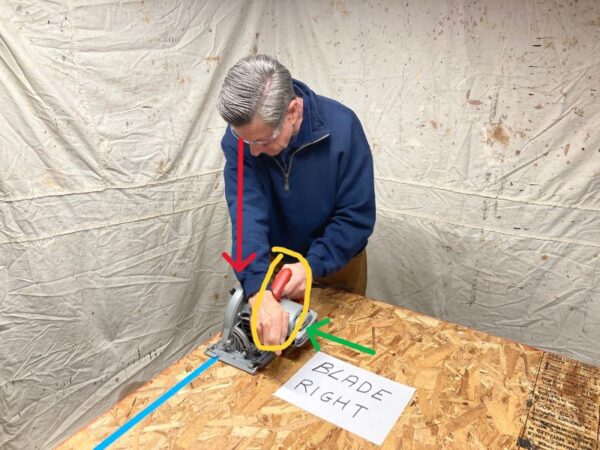 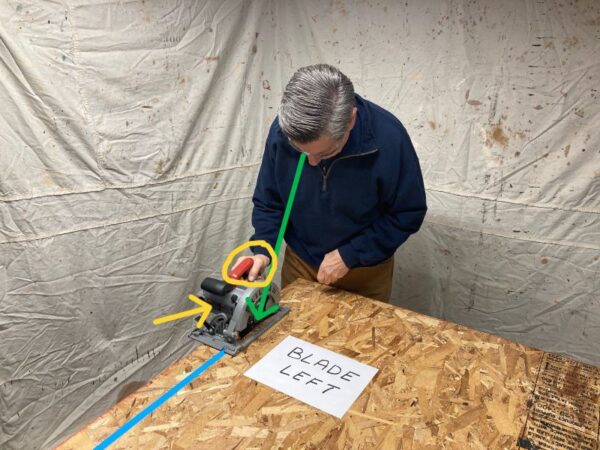 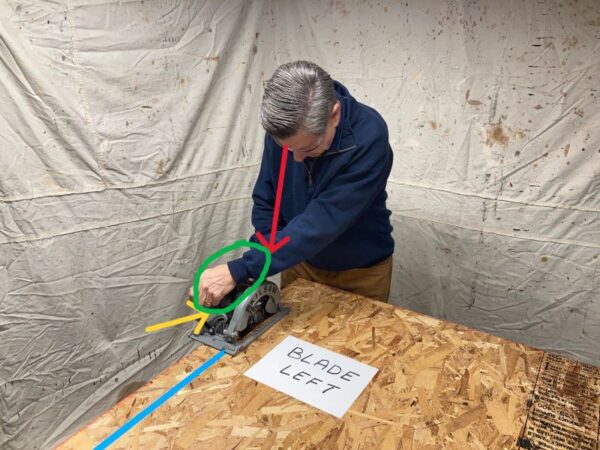 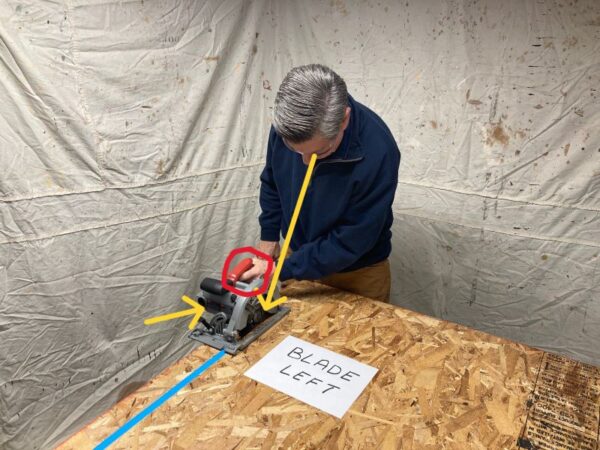 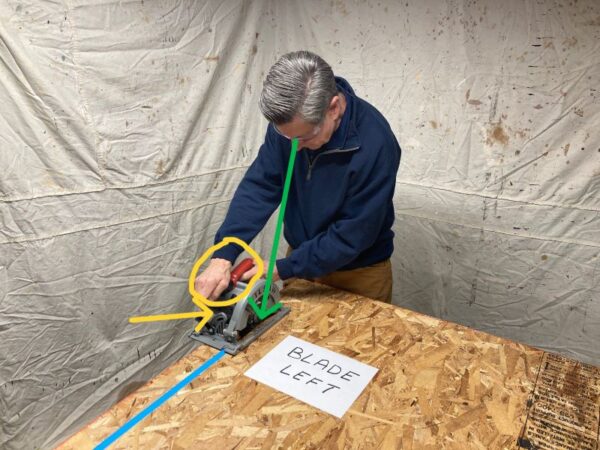 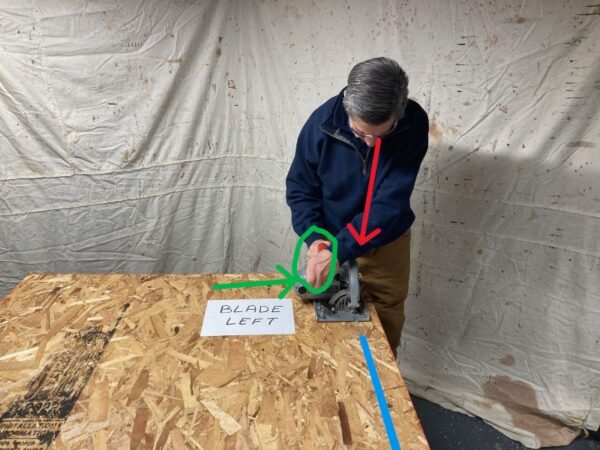 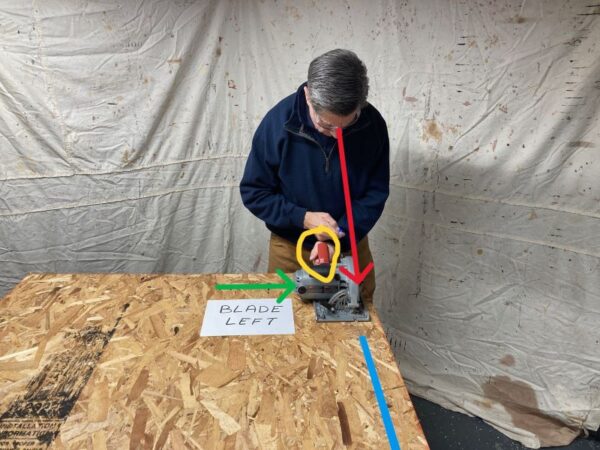 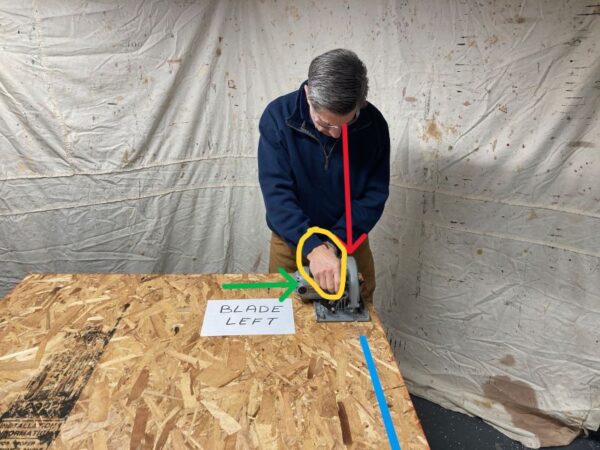 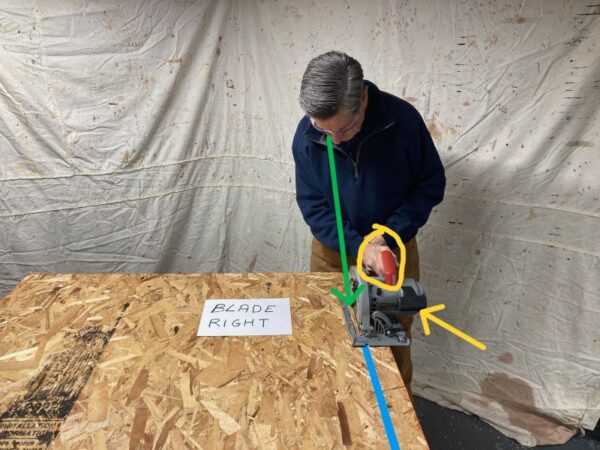 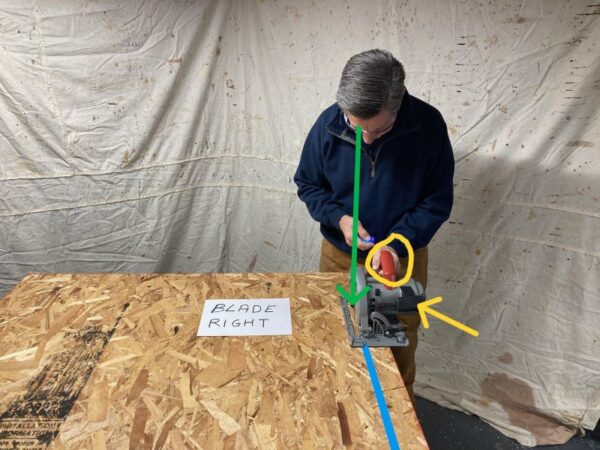 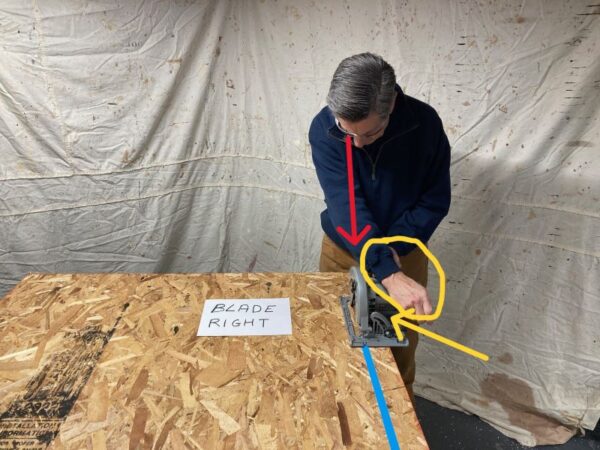 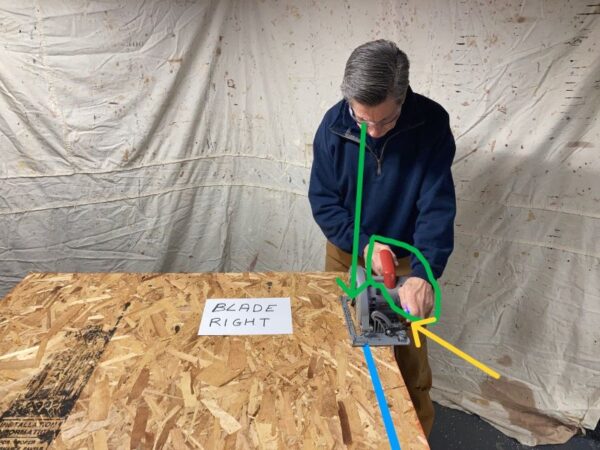