I tend not to get new tools unless I run into the need for them.  The RYOBI ONE+ Hybrid Tripod Stand Light is no exception.  I was recently replacing the shower mixing valve in a stand-up shower that had pretty poor lighting.  Now I have plenty of work lights, but there was nowhere in this fiberglass shower to hang one from, nor any metallic surfaces to attach a magnetic-backed light to.  In any case, I needed the light at a very specific angle, due to the small quarters.  I wound up recruiting the homeowner to hold a light for me.

I knew that a tripod-stand, telescoping light was what I needed, but most of the ones I’d seen were meant to light large areas in new commercial construction and were very expensive.  By contrast I needed a smaller more compact light, and I didn’t need it built like a tank; I wasn’t concerned with a forklift running it over but only with me bumping into it.

That’s when I discovered the RYOBI ONE+ Hybrid Tripod Stand Light (model P782). 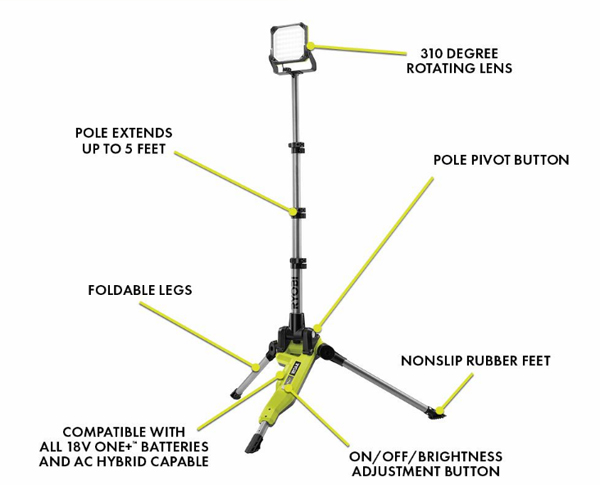 The ONE+ in the light’s name tells you that it’s part of RYOBI’s 18-volt ONE+ extensive line of tools, so it runs cordless.  But it also can run off of 110-volt line voltage.   With the battery removed a standard line voltage male prong set is exposed, so all you have to do is run an extension cord to the unit to run it corded.  So: hybrid.

In fact, RYOBI introduced hybrid work lights a few years ago, but this model is relatively new. 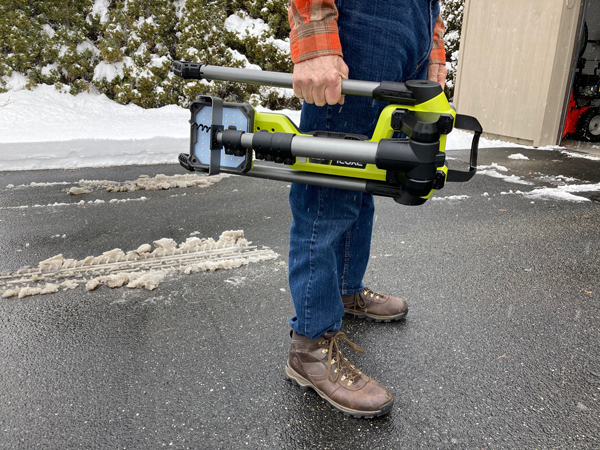 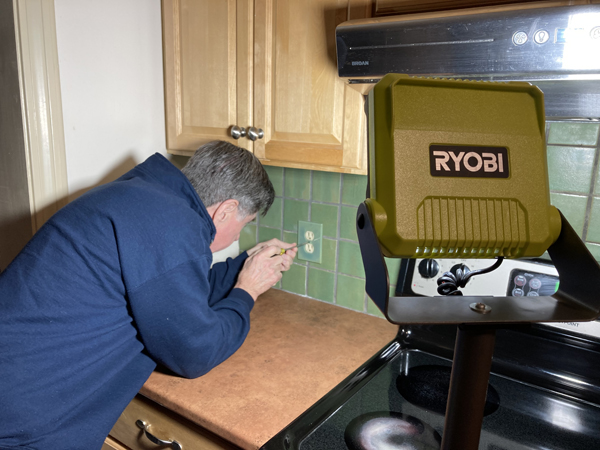 Riding the curve of progress

It wasn’t too long ago that LED lights were exotic and expensive, and 60 lumens was a LOT of output.  Today LEDs have completely taken over the lighting market, for good reasons: high output, low cost, and low power consumption.

As a result we all have a bunch of LED work lights of various configurations in our shops, trucks, and on our jobsites.  We’re all lumen-rich.  The challenge now for manufacturers is to make those copious lumens ever easier to use.  This is mostly a mechanical issue, and is concerned with mounting, carriage, transport, and getting the light where you need it…this time.  That’s where the RYOBI ONE+ Hybrid Tripod Stand Light shines (pun intended).

This light, in addition to its 310×360-degree swiveling head, can bend into more positions than a 13-year old gymnast.  Look at the photograph below — this light can literally bend over backward.  That capability, in addition to its free-standing nature and 3-5 feet upright height will put this light’s lumens almost anywhere that you need them.

Not everywhere, of course, but it fills in most of the gaps in our existing lighting.  Said another way, there are times when you’ll need the capabilities of this light because none of your other lights will work — see my shower example above. 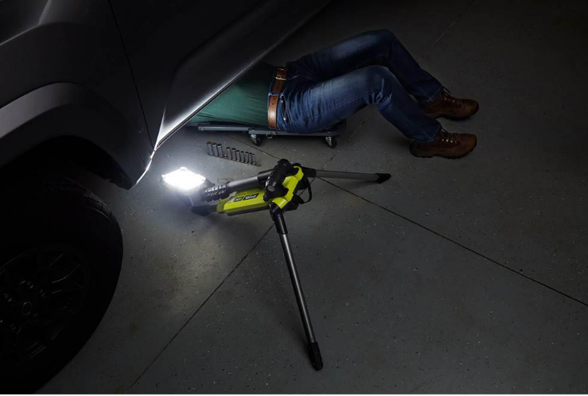 RYOBI claims that you can set up and position this light in 12 seconds.  That’s about right.  In any case, set up and collapsing the light isn’t something you have to calculate into your workday!

The hi-lo-off power button is on one of the legs of the unit.  That’s good in that you can operate it with your foot, but for most of my work I’d prefer a switch on the light head.  Not a big deal – RYOBI had to make it one way or the other.

The unit is stable and while not tank-proof it’s not flimsy either.  It’s easy to move, carry, and set up.  The light is plenty bright for almost all residential construction and remodeling tasks.  It operates exactly as you’d expect looking at from the photographs, with no hidden problems. 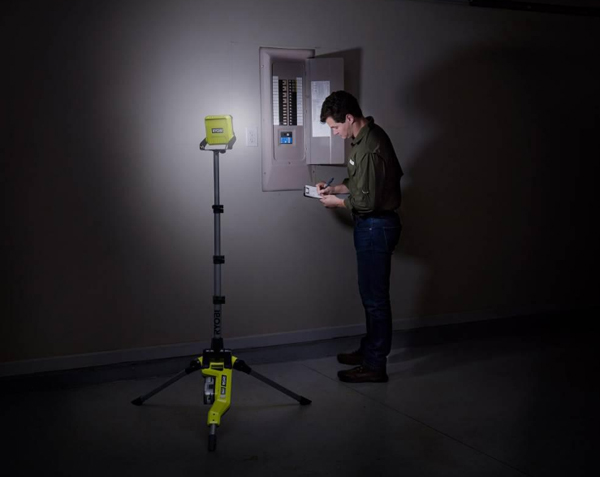 I don’t have a criticism of the light, nor a problem that I found with it.  I do, however, have a wish for the design team.

The RYOBI ONE+ Hybrid Tripod Stand Light rests on three legs, so it will be stable on uneven ground…up to a point.  My suggestion is to design the legs so they are flexible, allowing the light can stand on really uneven surfaces like stairs, and also fit into very narrow footprints (now it requires a 32”x36” footprint).   Maybe we’ll see that in Gen 2 of this light.

Some people have criticized this light for not allowing both battery and line voltage input simultaneously, so that if the line fails (a tripped-over cord, blown fuse or tripped breaker, etc.), the battery would automatically kick in.  First, I don’t see this as too likely a situation.  Second, to be a real problem it would have to happen in a completely dark room or space (no ambient light at all to find your way back).  Third, this isn’t the right light for a small crawl space – a smaller light is what’s going to be in there with you — this is a work light that will be mostly used in larger spaces.  In these larger spaces, in the case of a disconnected cord, there’s likely to be other pre-existing light in the room that you can turn on.  Nonetheless, if you do get a perfect storm and find yourself in a totally dark space, then just pull that small light out of your pocket or tool bag which is always there anyway (you didn’t go into a no-ambient light situation with only one light source did you?). 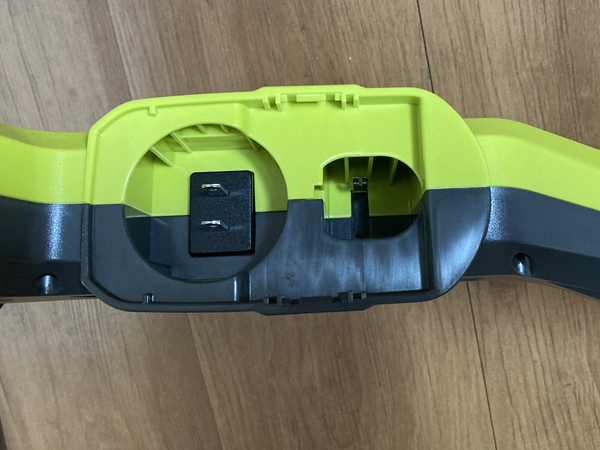 The RYOBI ONE+ Hybrid Tripod Stand Light is a very valuable addition to anyone’s set of work lights, pro or DIYer.  It solves a real problem, fills a gap in the capabilities of the lights you already have, and is reasonably priced.