By Benjamin Fecteau on Tool Reviews

So there I was, halfway through cutting my third sheet of ½” plywood on the subfloor phase of a home remodel project when the power went out.  Only this time it was the power to my 20V cordless circular saw that shall remain nameless.  Again.  I still had a dozen sheets to cut through and time was precious.  A quick trip to my local tool store later and I had a lightweight, durable, and powerful cutting saw with great cut visibility and many user-friendly quick adjustment features were of the box and ready to cut.  Let the fun begin! Enter the RIDGID 7-1/4 In. Circular Saw model # R3205. 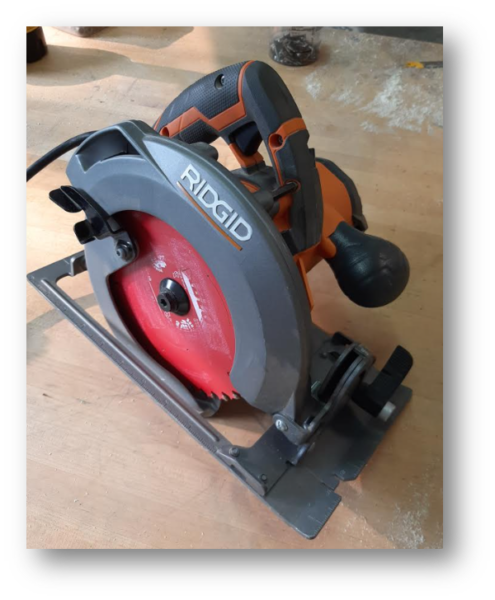 The first impression of this saw was that it was solidly built and well balanced.  The shoe-to-base connections were slop free.  The depth setting movement was smooth and fluid.  The front grab handle was well shaped to be form-fitting with a non-slip hex-grip and offset precisely to balance the saw weight.  I especially appreciated the up-angled rear handle which made easy work of applying constant down pressure throughout a cut.  Weighing in at 11 Lbs 1 Oz, this saw was slightly above average weight but stayed fatigued friendly for continuous cutting on the job site. 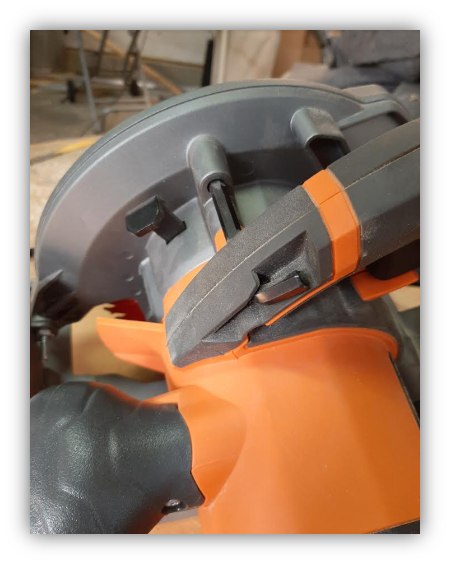 It’s a right-blade saw with excellent blade and cut-line visibility for improved accuracy.  This is in large part because Ridgid engineered the R3205 to have an integrated sightline blower functionality.  Simply put, the airflow from the spinning blade is directed specifically at the saw cut point to maximize dust blow away.  You can see the difference…  because you can easily see the blade cutting.  Very nice but not a distinctive enough feature to separate this saw from the competition by itself.

The R3205 also has a standard spindle lock design with an easily accessible push style lever.  It requires manually turning the blade while depressing the lock until the blade catches.  No complaints but also a very basic design that wins no special points.

Now continuing on the theme of blade operation and sight picture.  The R3205 has full-length front AND rear kerf indicator cutaways. This made it a breeze to freehand follow a straight line without a guide.  My unnamed cordless circular saw only had a front kerf indicator.  I quickly realized how useful the rear kerf indicator was in gauging how well my initial alignment had been. 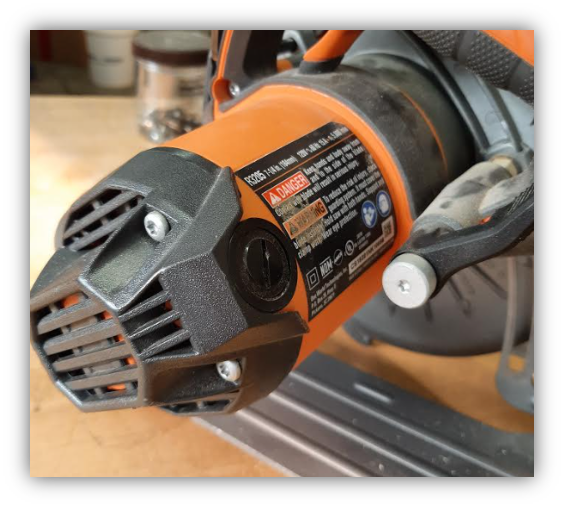 The R3205 sports a brushed 15-amp motor to spin a 7 1/4-inch blade at 5,800 rpm (up to 500 RPMs higher that some of the competition). The motor is designed with sealed bearings for extended life. The dual windings increase copper surface area dissipating heat and keep the motor 40% cooler. This increased cooling extends the tool’s life.  The R3205 also has externally accessible brushes giving savvy owners the option to more easily replace brushes when required. The 10ft cord length is longer than most which come in handy when cutting near an outlet and not having to grab an extension cord. 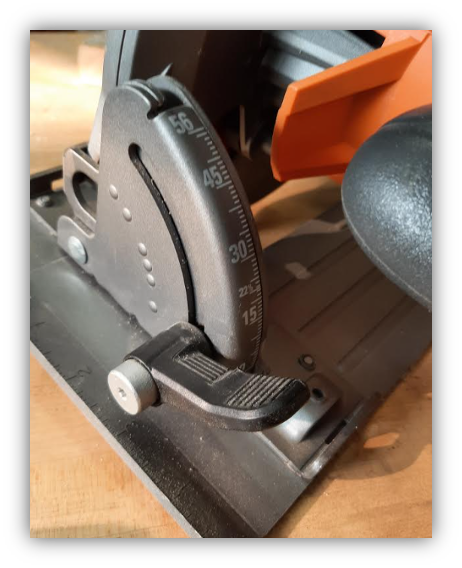 The ratcheting bevel and depth of cut levers are large and easy to maneuver. The bevel gauge is engraved, unobscured, and easy to read.  The depth of cut gauge is labeled with quick reference locations at 1/8 in intervals up to 3/4 in-depth and then ½ in intervals up to 2 ½ in.  The R3205 has an on-tool wrench for blade and brush changes and a 24-tooth carbide Ridgid blade. 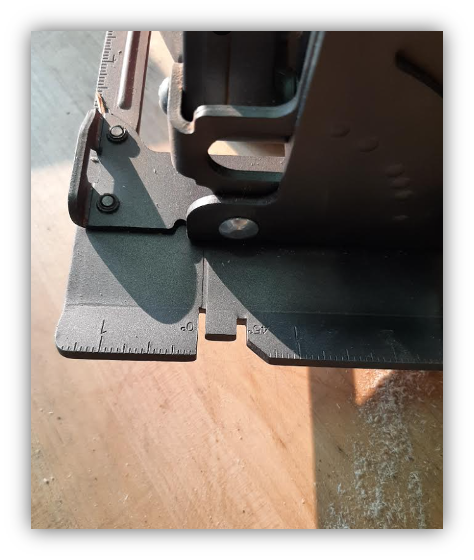 Currently, the Ridgid R3205 is missing a few features that are commonly found on competing circular saws.  For starters, the R3205 didn’t come with a rip fence.  This means you either have to buy an aftermarket one, use a clamping straight edge, or cut my eyeball.  Second, the R3205 does not have a laser alignment feature.  This wasn’t a deal-breaker as a rip fence or straight edge prove much more accurate but it is still a feature found on many competing circular saws.  I also wish a Torx T8 wrench had been included to help with blade replacement/tightening.  Lastly, the R3205 doesn’t have an electric brake.  This is the feature I missed the most as I appreciate the safety offered by a rapid-stop blade. 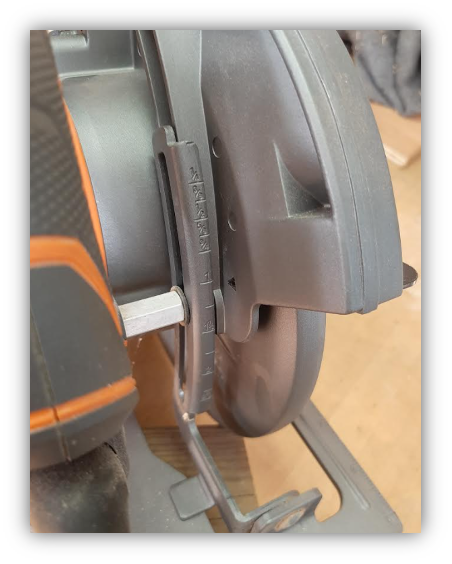 The R3205 is a  I  I liked using it and appreciated the reliable and straight-forward design for what it is – a standby shop workhorse that delivers reliable, straight cuts again and again.

While I may not have optimized the square footage of each piece of plywood in my project, I wasn’t slowed down again because of my circular saw.  And the end result was a win for everyone.

The Ridgid R3205 Circular Saw sells for $119 at a variety of tool stores and hardware locations.

Benjamin is a former project manager, CNC-designer, and AWS-certified welder with experience running a commercial and industrial steel design and fabrication company. Before making the jump to commercial construction, he spent years renovating houses and building furniture where he became skilled in the art of home wiring, flooring, siding, and custom tool modifications. Benjamin has a Masters Degree in Education and is passionate about sharing his love of design with his sons and through community-based outreach. He resides in Cape Cod, Massachusetts and enjoys spending time with his family, in his workshop, and serving as an Air Force Officer.

All posts by Benjamin »