A client of ours wanted to eliminate a laundry closet and open up her kitchen to her living room. The concept was to remove a closet that housed a stacking washing machine and clothes dryer. Then we’d create a kitchen island with the washer and dryer under the counter. We needed a problem solver for the laundry island to work and look right. 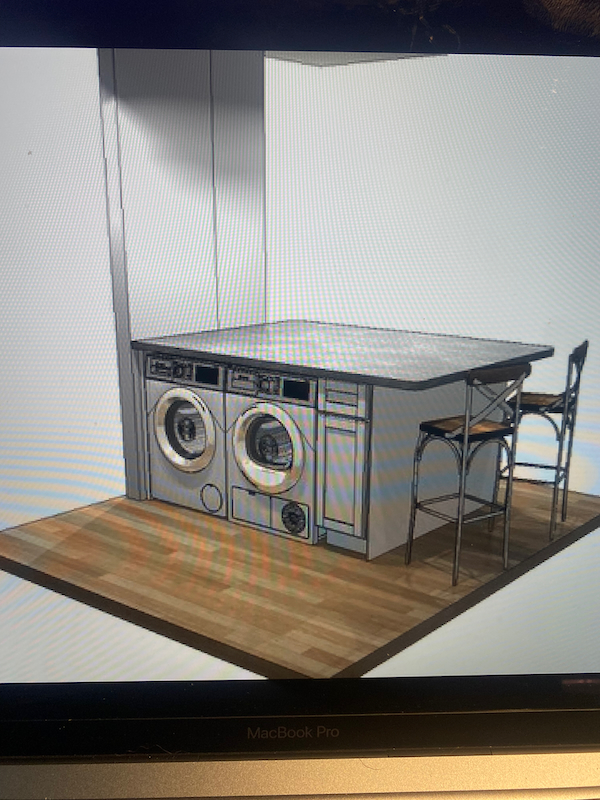 We had a design, but the first step for us was to do some exploratory demo to see if the walls we were removing were load-bearing. After opening up the ceiling and seeing that the i-joists ran full length, we knew we were in the clear.

We knew we needed a chase for the plumbing vent, water lines, and power. So we framed a small wall and an adjacent half wall, to accommodate the utilities and for the washing machine to push up next to.  We did not anticipate that the old drain line was where it was. It was in the far corner of the old closet wall and would end up being in the middle of the island. This drain ran down into the concrete floor, so instead of jackhammering the floor and moving the drain, we built a drain wall behind the washer and dryer and then installed the island cabinets on that wall. 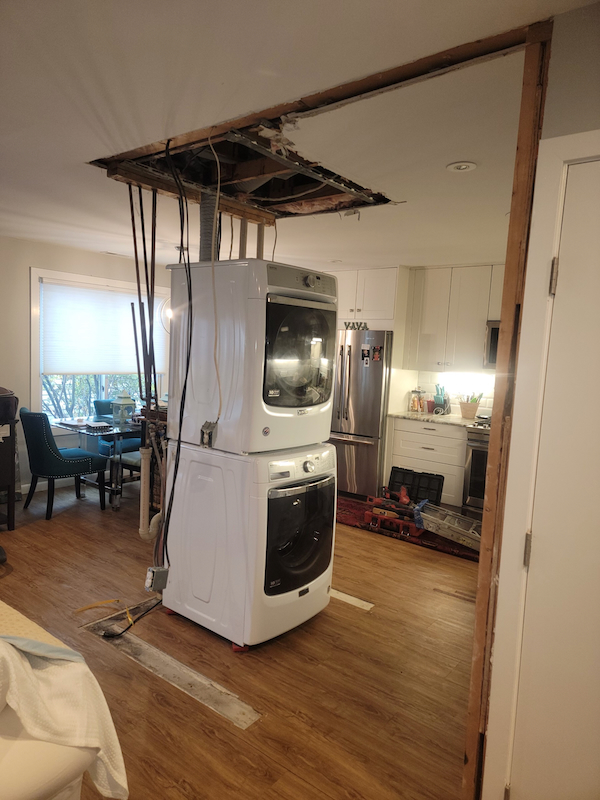 During construction, we removed everything we could, but left out the client’s laundry intact for as long as possible. Once the new Mele washer and dryer units arrived, we removed the old units, framed a new wall, and installed them with the new base cabinets. 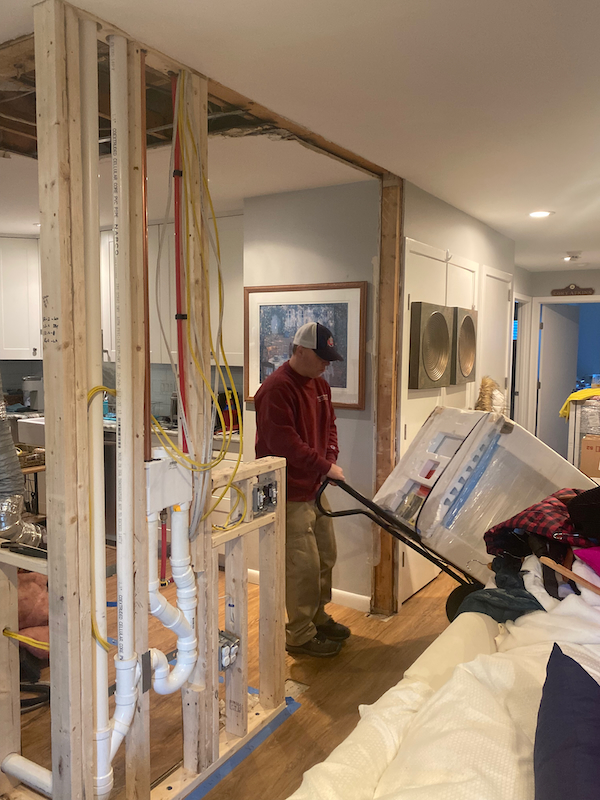 Out with the old and in with the new. Our client chose to replace her older, larger machines with smaller, more compact Mele units. The Mele dryer does not require venting to the exterior which was a huge benefit since the dryer duct run covered a long distance and was ineffective. 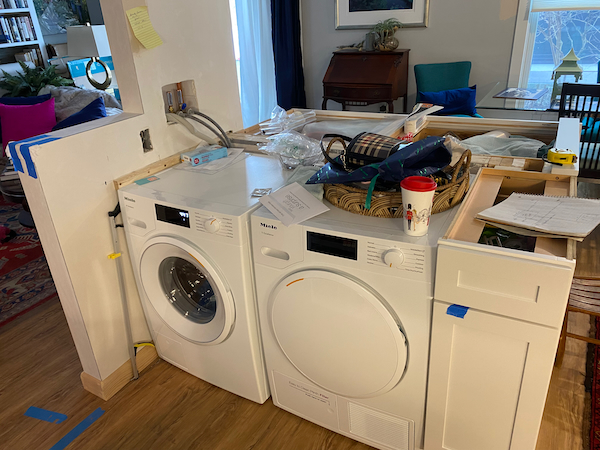 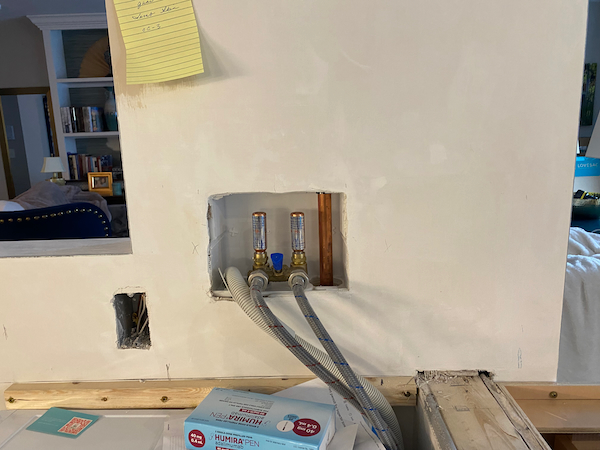 We originally were hoping that the washing machine water lines and shut-off could be incorporated under the counter but the plumber advised us it needed to be higher. That led to a discussion on what to do with the visible hoses and water shut-off valve. 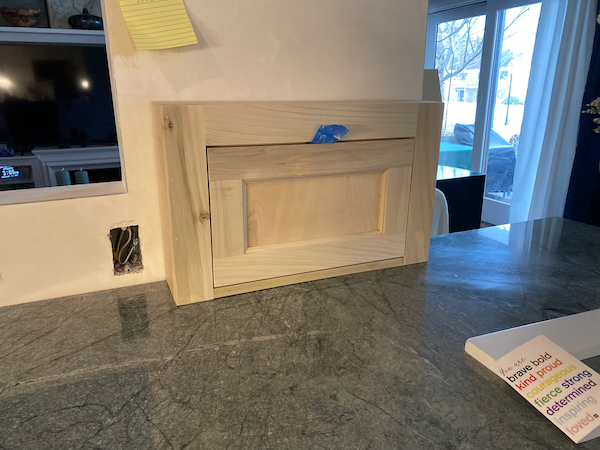 We decided that we would have the granite cut around the water lines and I’d build a box to hide the water valve. I used some scrap poplar material in my shop and some Birch plywood to make a box with a stile and rail door. The cabinet door panel is 3/8″ Birch plywood. I added some soft close hinges and a knob ad viola – problem solved. 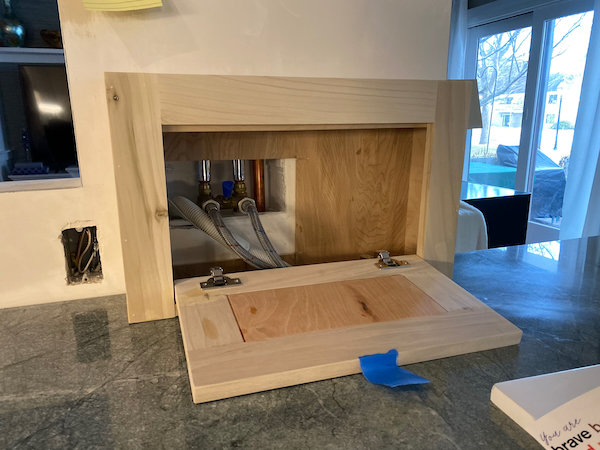 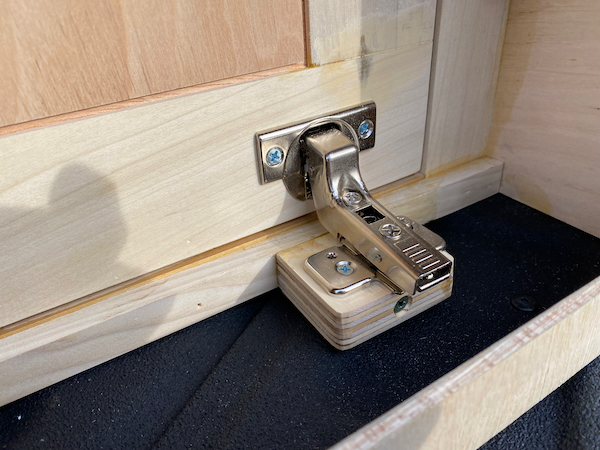 I built the box wide enough to look centered and proportional to the new plumbing wall. The box was secured to the wall with a few screws and we added a knob that matched the new cabinets.

We just need to get a coat of paint on the walls and cabinet and we’ll be ready to roll! 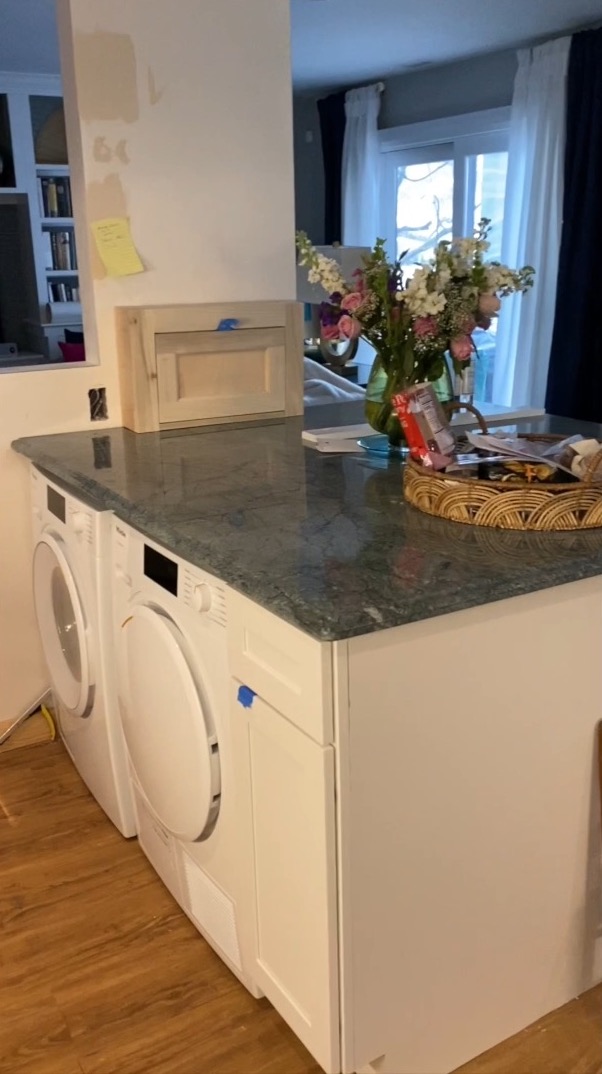 How To Build A Laundry Closet