By Robert Robillard on Home Repairs And Remodeling, Remodeling 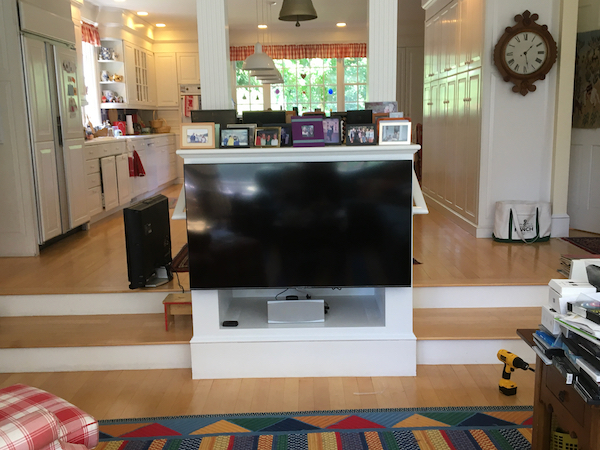 Installing A Wall Mounted TV On An Existing Cabinet

A client recently asked me if we could modify their existing tv cabinet to accommodate a larger tv. The problem was that this cabinet was built between two stairs and columns. The client wanted a tv that was 2 to 3 times larger than their existing tv and that meant it would be the same width as the tv cabinet.

After some research, we were able to find a tv that was dimensionally narrower than the width of the tv cabinet by 2-inches. 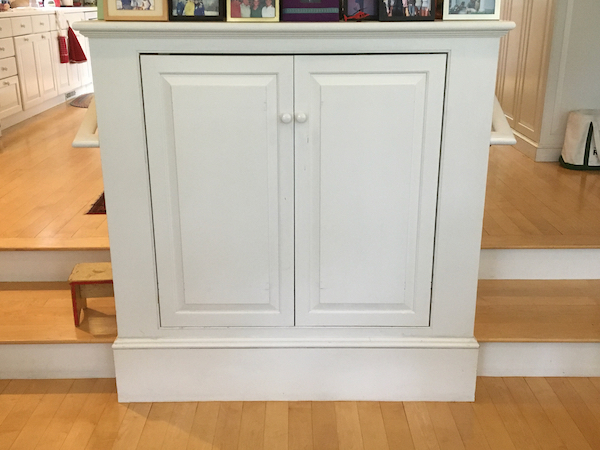 The discussion then turned to removing the cabinet doors and somehow mounting a projecting shelf to allow a larger tv to sit on. the problem with that idea was that the feet on the tv projected 7-8 inches into the room.  After some thought, I decided the best solution was to fill in space where the old tv was with Birch plywood and use a tv wall mount. 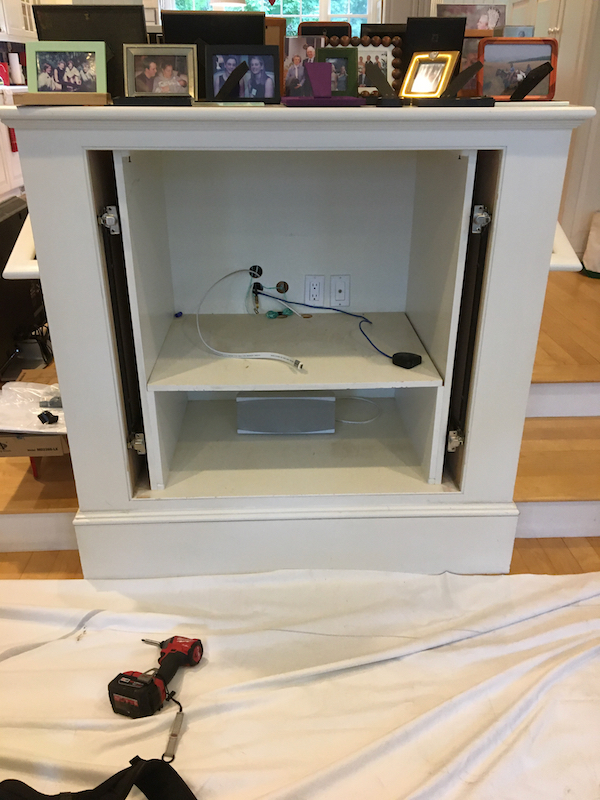 The decision was also made to leave the bottom half of the cabinet open for a soundbar speaker, Apple TV and access to the power outlet, etc/

The first order of business was to remove the cabinet doors, door slides, and shelving. Once that was complete I measured my tv wall mount and the tv. I wanted to install the tv as high as possible but not restrict it from being lifted off the wall mount for service or replacement. I settled on to allow a 1-inch space above the tv and cabinet overhang to allow for this. 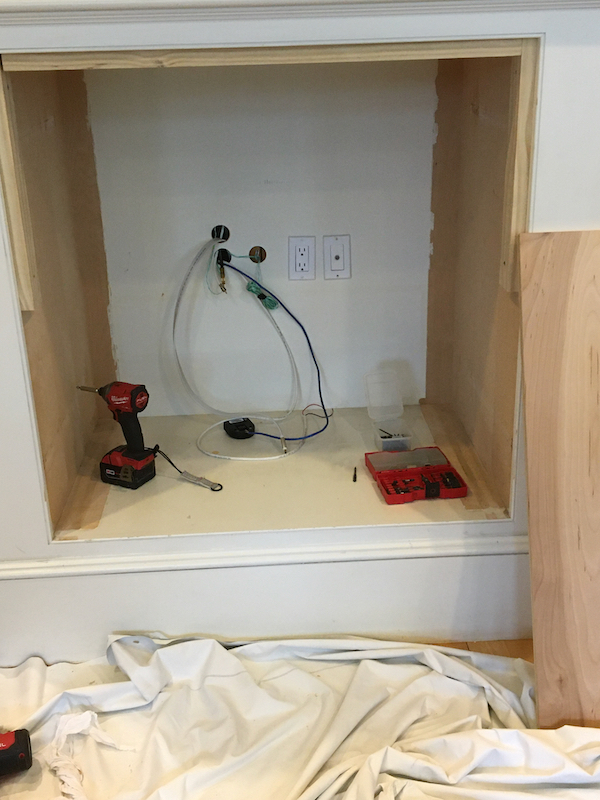 Once this was determined I cut three pieces of 1″ thick wood to use as a backer to secure my plywood to. I installed two 18″ long vertical backer boards and one across the top with 2inch screws. 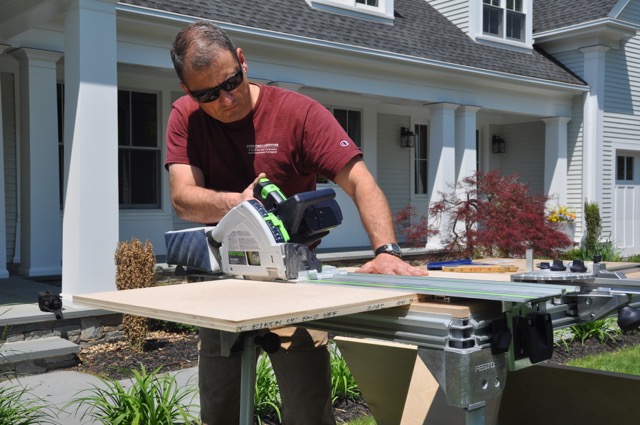 Then I cut the Birch plywood. Using a Festool track saw I back cut a 5-degree cut on the top and side of the panel to create a snug tight fit into the existing cabinet opening.  The Birch plywood was then secured to the backer boards with 6-screws. 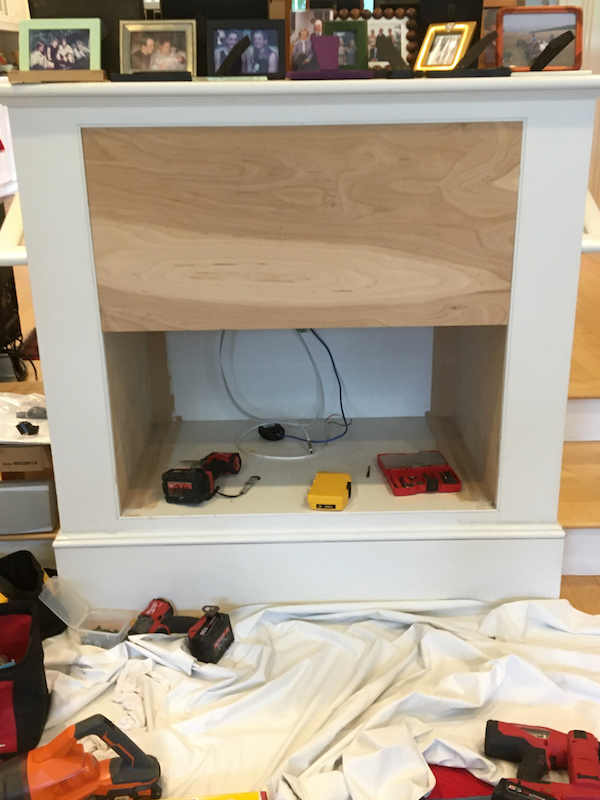 I again checked my measurements ensuring that I allowed enough clearance to be able to lift the TV off the mount and not hit the cabinet counter overhang. Once I was sure I centered, leveled, and mounted the tv wall mount. Once that was all set and we tested the TV on the mount we took the tv and mount off for painting. 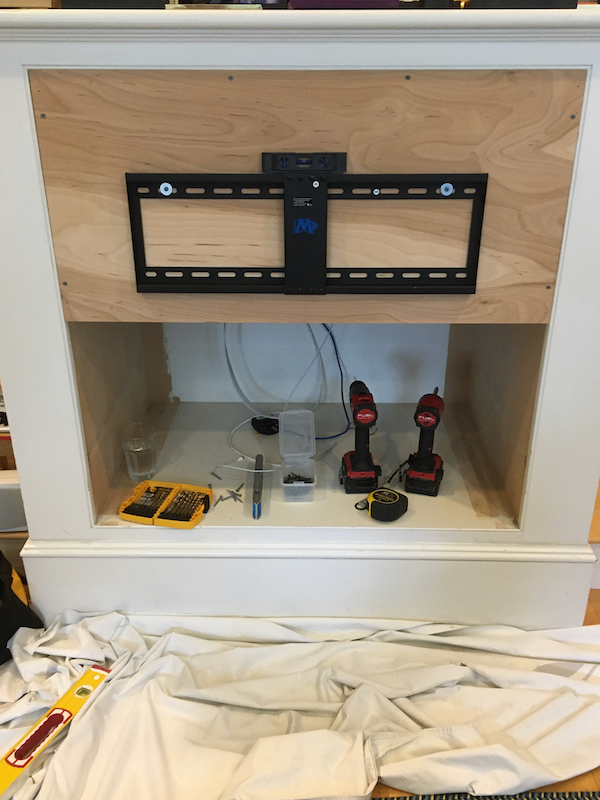 Start with a center mark and level line. Install one screw first snug but not tight. Level the mount and install the other screw [ensuring level] before filling in the rest of the screws. 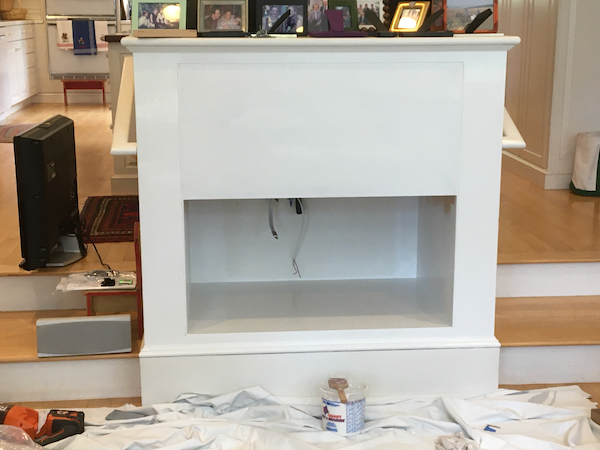 Freshened up the existing paint, applied paint to the unpainted areas and we were on our way to binge-watching some tv shows!

Once the paint was dry we remounted the tv wall mount, hung the tv, and called it a day. By modifying this TV cabinet we solved the need for a larger tv without an expensive remodel of the existing space. 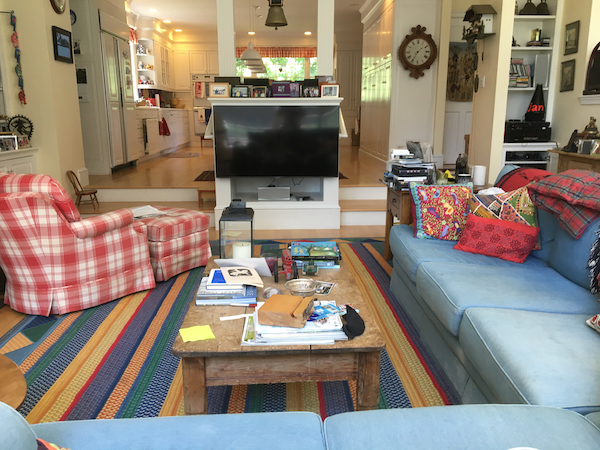 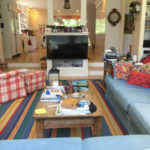 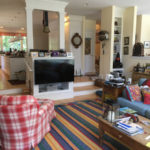 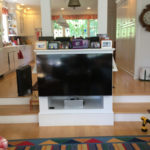 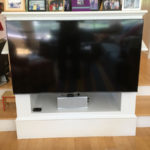 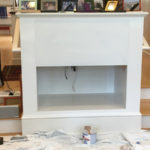 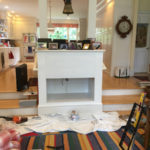 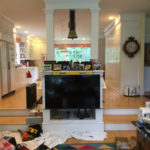 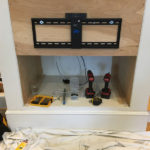 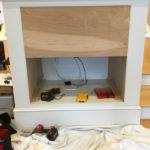 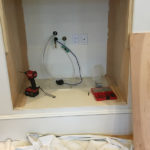 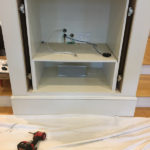 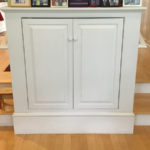 How to Build a Custom Cabinet

Modifying A Bookcase For A Flat Screen TV