Every tradesperson and homeowner alike needs an extension ladder standoff, for reasons that I trust are obvious.  I’ve gone through several types and, bottom line up front, the LeveLok ladder stabilizer standoff brackets (Model ST-ORS-3XL) are the best I’ve found.  As a bonus, they aren’t very expensive!  You may already know the LeveLok company as the manufacturer of some of the most widely-used ladder levelers. 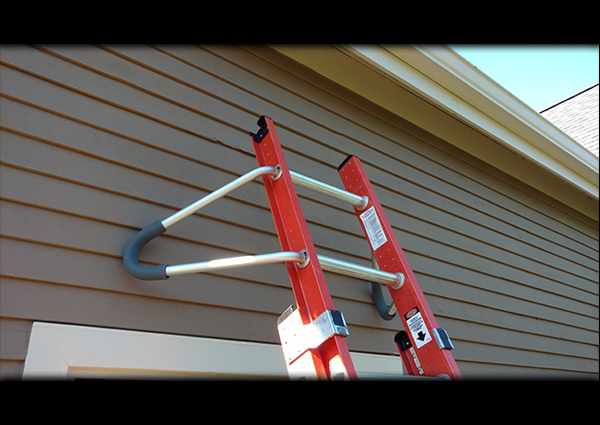 The “standard” type of standoff is the common “C” shaped device that extends a foot or so beyond the sides of the ladder.  While older versions of this type required you to manually use a couple nuts and bolts to attach it to a ladder (which was stupidly time consuming and inconvenient, especially in cold weather), newer versions use some sort of pin-based/bracket arrangement.  This latter method is certainly more convenient and faster, but it’s still a bit of a pain by 21st century standards.  Also, these devices take up a non-trivial amount of room in an already crowded truck or trailer. 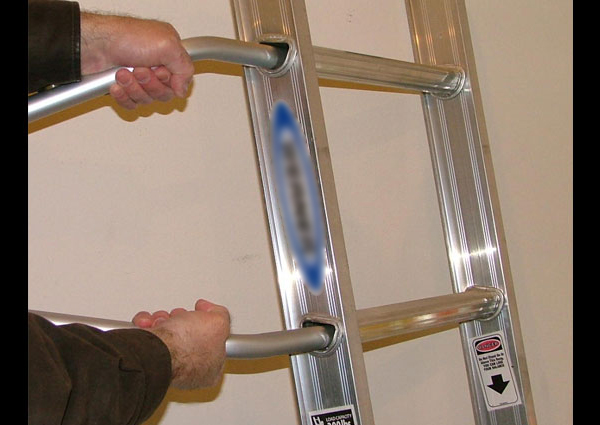 But the really bad part of these “C” standoffs is their weight.  They are not light, and remember that they are attached near the top of an extended extension ladder.  That makes for a very unstable arrangement, since you are on the bottom of the ladder trying not to let the heavier top sway about uncontrollably.  Many a broken window has resulted from this situation, not to mention damaged cladding and gutters.  Add in a new person trying to set the ladder who’s unfamiliar with the instability, or someone with not a great deal of upper body strength, and the problem only worsens. 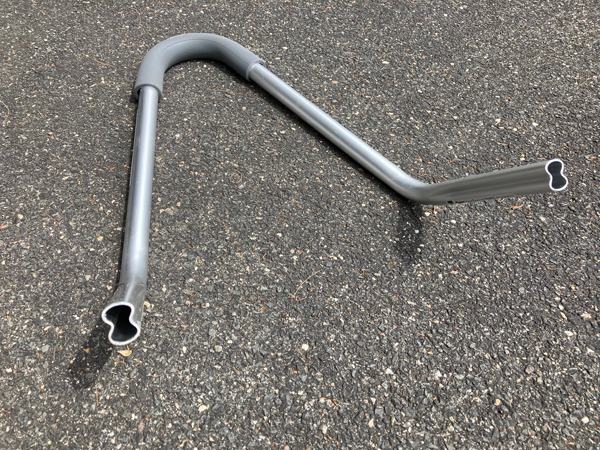 The LeveLok ladder stabilizer standoff brackets solve all of these problems.  They take advantage of a ladder’s hollow rungs, and one is inserted into a rung hollow on each side of the ladder. 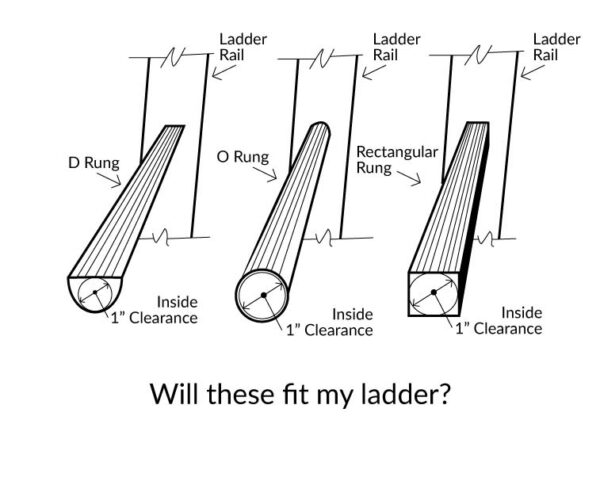 The LeveLok ladder stabilizer standoff brackets meet ST-ORS-3 specs and all ANSI and OSHA requirements for ladders up to Type 1A, 300 pound duty rating.  They fit most aluminum and fiberglass extension ladders with open D or O rung holes on outside of ladder rail (the hole must be a minimum of 1″ in diameter) – which is most ladders out there.  And they come with a 12-month warranty.  They are available with either silicone or foam elbows.  Best of all they retail for only $65 for the silicone elbow version; only $53 for the foam elbow version. They’re available from LeveLok directly, Amazon, and other retailers.  I’m including a lot of pictures in this review because they do a better job of showing how the LeveLok ladder stabilizer standoff brackets work than my descriptions could.

No surprises in the field 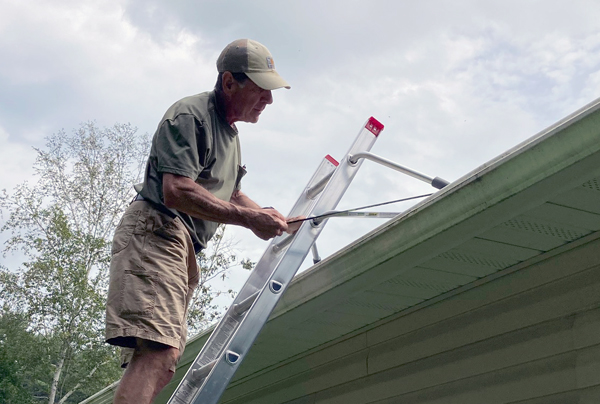 So, how to they work in practice?  No surprises here: they work just as easily and well as you’d expect.  I did not find any (even potential) issues to bring up.  I did however really appreciate the fact that their light weight made them almost unnoticeable and thus made the ladder as easy to manage as one without any standoff device.  This has become more important to me as my shoulders get old, and I’m certainly not the only one in this situation.

The only thing that you have to watch for is to make sure that the brackets are fully inserted into the rungs.  There’s a clear mark on the legs of the brackets to indicate full insertion, so messing this up is really a basic user error.  A quick visual check every time you move the ladder would of course be recommended. 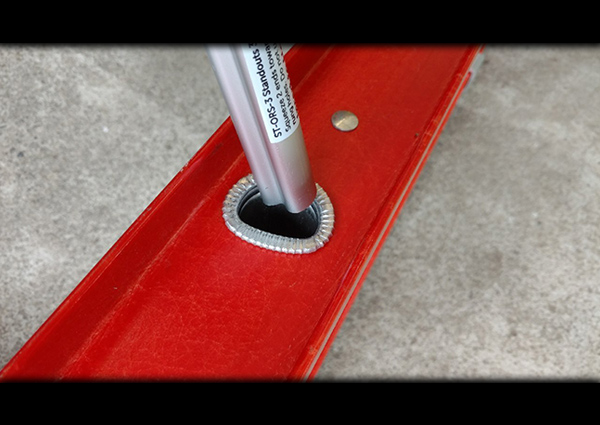 Is there a situation for which the LeveLok ladder stabilizer standoff brackets would not be suitable, except for the times when you don’t need any standoff at all?  The only one I can think of is if the top of the ladder has to land right in the area of a wide window.  This is pretty uncommon, and both for your safety and the safety of the window, we try to avoid or work around this situation as much as possible.

You really have to give the LeveLok ladder stabilizer standoff brackets a try.  If you’re work is anything like mine you’ll wonder why you didn’t have them before, and you’ll never go back to those clunky “C” standoffs.  Just remember to keep it safe!

How To Improve Ladder Safety