How To Silence A Smoke Detector False Alarm 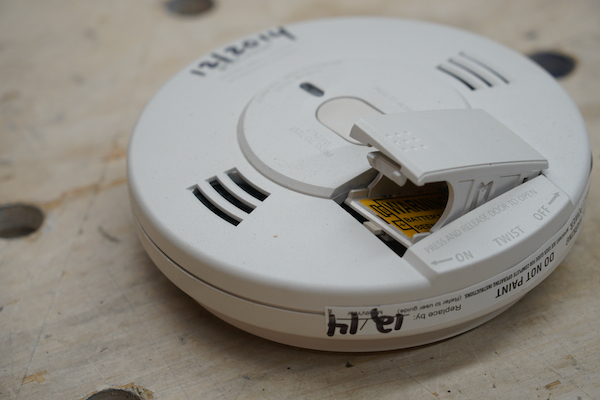 The other day my daughter called me to tell me the smoke alarms in our house were going off. She told me she had been cooking but there was nothing smoking so she was confused and felt it was a false alarm.  Sometimes smoke detector false alarms occur. If a false alarm is activated, one of the following may be the reason:

Always check to make sure that your alarm was not triggered by an actual smoke, CO2 or fire conditions.

Like many alarms, our smoke detectors have a Hush® feature which will desensitize the smoke alarm circuit for up to 8 minutes. Pushing the Test/Hush button on the alarm will end the hush period. This feature should be used only when a known alarm condition, such as from cooking, activates the alarm.

The Hush feature will work if the smoke is not too dense. After 8 minutes the smoke alarm will automatically reset and sound the alarm if particles of combustion are still present. The “Hush” feature can be used repeatedly until the air has been cleared from that area.

On hardwired alarms systems only hushing the initiating unit will silence all other interconnected alarms.  I asked her to check the house first, and then explained to her that she needed to find the smoke alarm that was initiating alarm unit so she could silence it.

To find the initiating alarm look for the alarm that has a flashing red light. This light will flash approximately every second 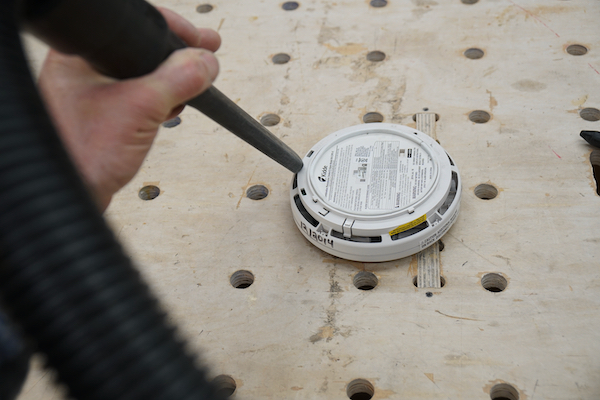 That very next morning at 5 am the smoke alarms went off again. Now I realized that it’s was not my daughters cooking but the smoke detectors must have a dirty sensor.

Smoke Detector False Alarm is most commonly caused by something interfering with the sensor. Dust buildup, cobwebs or bugs can trick the sensor into a false alarm or cause a malfunction.

My current smoke alarms are a photoelectric and CO2 combination alarm. I replace my smoke alarms every 10 years [Recommended] and these units are 6 years old. So I’m sure they need cleaning, and if that doesn’t work then replacement. 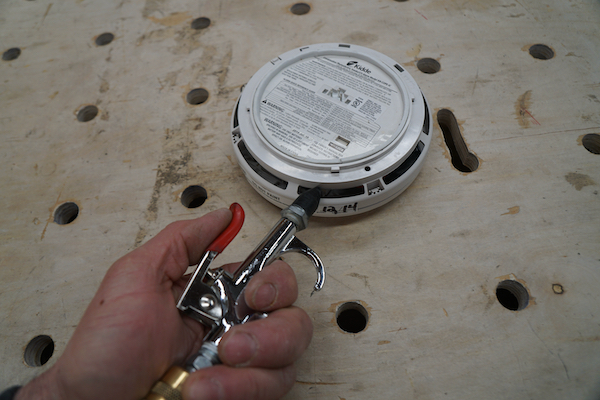 To clean, after disconnecting the alarm and removing any removable battery: hold the unit by its edge and thoroughly vacuum out the gap between the front cover and the backplate all the way around the perimeter with the crevice tool attachment of a vacuum cleaner. I also use a combination vacuum and compressed air and blow air through the same gap.

This is a great time to replace the battery. Once done reinstall the smoke alarm and see if you’re efforts worked. If you continue to get a smoke detector false alarm, replace the unit. See Updating Your Smoke Alarms