We recently had the opportunity to use and review the DEWALT 360 Combo Laser Level DW0811.  Laser levels are becoming more and more popular in the residential and commercial construction world these past few years.    As a remodeling tool, laser levels save time and improve accuracy by stepping up precision in your projects.

The DEWALT 360 Combo Laser Level DW0811 is a combination, class 2 laser and has three settings that allows the user three different options of laser lines.  The horizontal and vertical settings can be combined to produce a cross hair line.

Construction Lasers are extreme accuracy and time-saving tools. The Lasers we represent and sell are rugged, durable, and user-friendly professional-grade tools.

The DEWALT 360 Combo Laser Level DW0811 weighs 1.6 pounds, is a cube shaped, no non-sense laser that runs off of 3 AAA batteries.

The laser projects 3 self-leveling beams and is capable of projecting a visible line up to 165 feet away, with a detector, and is a perfect tool for contractors performing remodels and deck building.

Three buttons control the laser options and a locking button secures the laser pendulum to prevent damage during storage and transport.  A full time pulse mode allows this laser to be used with  detector and will reach a range of 165 feet.

The laser has a mounting base that can also be mounted to tripod or allow the laser to be placed on the floor or other surface.  The base has a knob that allows the user to micro adjust the height of the laser up to  2-1/4″ high.

The DEWALT 360 Combo Laser Level DW0811 is self-leveling and when out of level or plumb two indicators alert the user:

On the front of the laser is a pendulum lock which protects the laser during storage and transport.   Locking the pendulum helps prevent damage to internal components.

The laser is powered by three AAA batteries which are located on the bottom of the laser, accessible when mounted on a tripod.

We found that the positive and negative [+/-] symbols, which are engraved on the battery compartment lid,  are extremely difficult to see.  as a result it took us a bit to get the battery orientation correct.  DEWALT may want to make these symbols larger or black in color.

According to DEWALT the 360 degree laser has a 30 foot range indoors.   We tested this in our shop at45 feet.  We found the line super bright, indicating it could go further, as well as dead level.

We did not test this laser with a detector but DEWALT claims a detector provides users a range of up to 165 feet.

The base features fine vertical adjustment for easy set-up. The base is also threaded to accept 1/4-20 and 5/8-11 inch fasteners for secure tripod mounting on various job sites.

We feel the DEWALT 360 Combo Laser Level DW0811 is an ideal alternative to expensive and bulky rotary lasers.  If DEWALT were looking to improve this laser this is where I would focus:

How Much and Where to Buy?

The DW0811 will be available in the independent channel in October 2013 and will retail for approximately $349.99. 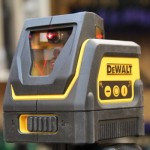 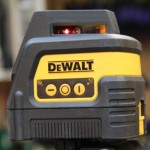 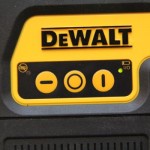 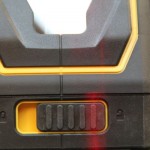 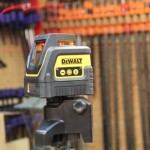 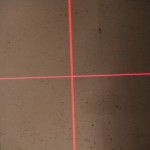 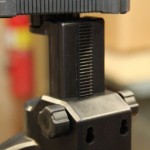 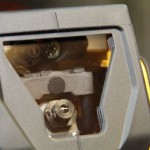 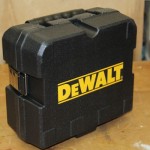 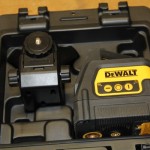 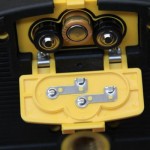