By Robert Robillard on Tool and Product Reviews Internet-enabled electrical outlets, plugs, power strips and light switches are a great way to start building a smart home. They add convenience to any appliance to save energy, provide security, provide safety and make our lives easier. The WiOn indoor Wi-Fi outlet 50050 is one example.

These days’ people are all about WiFi, remote controlled, and Bluetooth enabled devices. The search for home automation without the cost of transforming every item in your home into a smart device can be achieved.

Rather than purchase a Wi-Fi coffee maker or television, transform the one you already own — and any other appliance — into a smart device simply by plugging it into a smart outlet. From there you can create a schedule for your devices, remotely turn them on and off, and more. The WiOn indoor Wi-Fi outlet 50050 controls your lights and appliances with a free WiOn APP and your smartphone from anywhere. It’s simple to control, and works wirelessly to connect and control your device.

The outlet will control anything with an electric plug, such as, lamps, or holiday decorations.

We noted the following while testing the WiOn indoor Wi-Fi outlet 50050:

The WiOn app performance is increased or decreased, based on signal strength of your cell coverage.

Note: Use a wireless range extender or a network repeater if your signal is not strong enough

It took a bit for me to figure out how to get the WiOn working, the  instructions cover the bases but everyone phones and systems are slightly different. I had some difficulty. Here’s what I did: The WiOn indoor Wi-Fi outlet 50050 has a programmable-set an On and Off time for one or multiple days of the week. Countdown-Set for a specific On and Off time and Date. A timer can run for Days, Weeks or Months.

Additionally, an astronomical-sunrise and sunset option plus time can be varied up to 3 Hours and 59 Minutes before or after the event.

One thing we noticed was when using the on at sunset and then off at a specific time, we had to set two timers. We set the astronomical timer that comes on at Sunset and instead of allowing it to turn off at Sunrise, we set a second Programmable timer that turns on at 11:00 PM.

This allows the light to turn on a sunset and turn off at 11:00 pm instead of running all night till sunrise. When Sunrise happens, the off part of the first timer will trigger, but since it is already off, it will just stay off.

If electricity is still on, but wifi network goes down, the device remains in the last state. 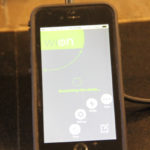 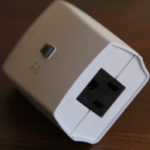 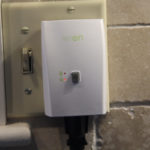 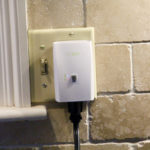 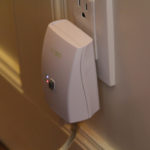 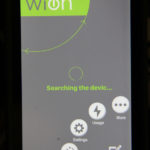 Smart Technology for the Smart Home