I’ve been running an older Makita 14.4 volt impact wrench for a while now. It’s been a great tool but the batteries just don’t hold a charge the way they used to. I’ve done a lot of research and Milwaukee seems to be at or near the top for speed and torque in the latest generation of impact drivers. So I wanted to give this tool a try.

I regularly do roof reinforcement work for a solar installer. This involves driving as many as 800 timberlok structural screws for one job! So every little bit of power, speed, and run time helps when you’ve got that many big screws to sink!

The look and feel of the tool are quite solid. The kit I have has the fat pack 4.0 extended run time batteries. The battery life in and of itself is pretty amazing. I’m tempted to just leave the extra battery and charger at home for most jobs as the batteries last through a few jobs and I can track the level of charge with the push button fuel gauge.

Fast and powerful. Now to be fair my main point of regular comparison is an older 14.4 Nickel Metal Hydride powered impact driver and a 12 volt impact but… this thing is FAST.    Installing 4-inch Headlok screws drive very quickly and decking screws sink into sub-floors and decking like “buttah, kid” (New Englanders and those familiar with them will get that).

Ergonomics are good, it’s not the most comfortable driver I’ve had in my hands but it’s a close second.

I also have found an odd quirk of the trigger electronics. When I start driving a screw I push on the trigger and give it a little juice until the threads grab and start pulling the screw into the wood.   Once it gets going I release the trigger very briefly to make sure everything is progressing smoothly and that the screw is oriented properly etc… etc… this is one of those things that takes far longer to read that it does to do.    With the Fuel when I start driving the screw again the driver did not come on initially.  I thought that this may be a quirk of the override protection electronics but would need to know a lot more about the engineering of this tool before I could be certain.

Overall this is an impressive tool so I wanted to do some follow-up on the trigger issue I’d experienced.

I did some further testing and job-site use and also had the opportunity to talk to the product manager in charge of this tool.

With some further testing I found that this problem almost never occurred with compact batteries, with smaller fasteners (screws under 2-½”) or in the two lower speed/torque settings.

Also fully releasing the trigger and then depressing it again caused the tool to operate normally.

During my conversation with the product manager he explained that this is indeed due to electronics in the tool shutting it down to prevent damage. This was an infrequent problem as there were a few factors that had to come together to make it happen including the timing and degree of trigger depress, the material being fastened, and the size of the screw or bolt.

When it did occur it was caused by a full trigger depress followed by a second full trigger depress causing the motor to stall.  Brushed and non-electronically protected tools would continue to drive but doing so would also cause a build-up of heat as evidenced by a burning smell that is actually the coil starting to burn up. So the protective circuitry is doing its job and preventing damage to the motor.

He recommended a 50-80% trigger pull initially, building up to 100% instead of the double pull I’ve been doing.   So basically ramping up the trigger depress and power to the motor.  I found that this worked well, preventing the problem and helping to maintain good control. Optionally using speed 2 as opposed to speed 3 also works. I’ve tested the tool a bit more taking this advice into consideration and found that it solved the issue I was having.

Another minor quibble. I’m left handed and while you can put the belt hook on the right side of the tool allowing you to hang the impact driver off a pocket or belt on your left side the tool case won’t close with the belt hook on it when it’s on the right side of the tool.  Minor issue aside this is a very solid tool and I love the power and speed of it!

It sinks and removes screws with amazing speed. If you’re looking for an impact driver with top tier performance and torque in a reasonably light weight package this is a great tool.

Ethan Bickford has a long history with carpentry. His father worked as a contractor for many years and taught him the ins and outs of home repair and remodeling from a very young age. Since then Ethan has kept up his skills and knowledge by doing handyman work while in college and eventually started his own carpentry and remodeling company which he’s been running for the last three years. He loves teaching and advising on tools and techniques. Ethan is also a big fan of quality workmanship. “Do it right the first time!” 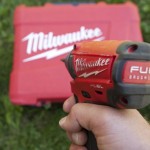 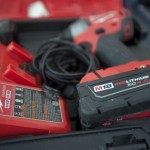 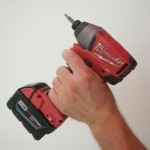 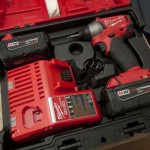 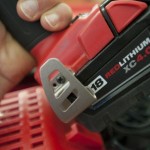