By Phil Benevides on Product News

Makita recently released their 4.0 Ah Battery to bolster the ever expanding 18-Volt Cordless line, which prompted us here at Concord Carpenter to take an in depth look at what’s new with Makita’s premier cordless line. There’s a lot to talk about when it comes to Makita’s 4.0 Battery and 18V Platform; the evolution of the slide pack battery, new tools, 36-Volt tools, star protection technology, and of course Makita’s premier brushless tools. Despite the already long list of topics to discuss, we took the time to call up Mario Lopez, Makita’s Product Manager for Cordless Tools, to get some in depth information on the latest and greatest from Makita’s premier cordless platform to learn about Makita 4.0 Battery and 18V Platform. The release of the NEW 4.0 Ah Battery

When considering the landscape of 18 Volt cordless tools and the batteries available for those platforms, until now, it was obvious that Makita was behind the competition in regards to larger amp hour batteries. When competitors had launched 4.0 Ah batteries and rumors were circulating that a 5.0 Ah battery was on the way, Makita was still only offering a 3.0 Ah battery. But from Makita’s perspective, what makes the Makita 18 Volt Platform so impressive is the industry leading charge times, and they refused to release a larger amp hour battery that would not meet the expectations of their users for efficiency and reduced downtime. And Makita delivered with a 4.0 Ah charge time that is literally half the time of some of their competitors! When we asked Makita what’s their secret behind these charge times they pointed to the air cooled rapid battery chargers and the right “mixture” for battery cells. The first point, the battery charger, makes a lot of sense, air cools the pack allowing it to charge faster, but the second is far more elusive. You often hear skeptics say that all the tool companies buy all their cells from the same place, but  the numbers don’t lie. Makita is definitely doing something different.

So now that the 4.0 Battery has hit the market we here at ACC are very excited to see what the 4.0 Ah battery does for the impressive array of Makita tools we’ve tested. One thing we know for sure is the feel of the tools will not change, as these upgraded 4.0 Ah batteries are the same size and weight as their 3.0 predecessors. And like their predecessors the 4.0 batteries will not have a fuel gauge integrated into the battery pack. When we asked Mario [Makita Product Manager, Cordless Tools] about the omission on the new battery packs he admits the challenges some users face being stuck on a lift or up on a roof needing to know the state of their batteries before heading to those remote job-site locations. Makita is utilizing fuel gauges integrated into the tool itself to satisfy those needs in the short term, but Mario ensures us that, like when the 4.0 Ah Battery was released, although it took a while, it was done right. Needless to say a 40 minute charge time for a 4.0 Ah battery is worth the wait. If Makita adds a fuel gauge to their packs we are confident they will be done right!

Although the prospect of more power and more gas in the tank with these new batteries is exciting for avid Makita users, it is important to note that not ALL previously released 18 Volt tools are compatible with these new packs. With great power comes great responsibility and older tools that lack Makita’s Star Protection Computer Controls are locked out from accepting the new 4.0 packs to protect your tools. Mind you 100% of Makita tools released  in the past three years will accept the new packs, but a sure fire way to ensure your tools accept the upgraded batteries is to look for a black slide with a star on the tool, a yellow slide with a star on the tool, or simply a yellow slide on the tool. This star indicates your tools is protected by Star Protection Computer Controls.

“Makita has lead the way in cordless advances and innovations starting with the first slide pack battery in 2005, which allowed Makita to build the tool around the users hand” said Wayne Hart, Communications Manager, Makita U.S.A., rather than working a design around a inconvenient stem pack. And Makita continues to lead the 18 Volt Cordless category with lightening fast charge times and the innovation of Makita Star Protection Computer Controls. This advanced system allows the tool, battery, and charger to communicate to maximize the life of all components of the cordless platform.

This is almost a necessity with the advent of these larger amperage hour batteries, without a feedback mechanism like the Star Protection Computer Controls the tool/battery may overload itself, the cells could over discharge and damage the battery, or the battery may over heat. These advanced features on the Makita 18V Platform allows Makita to add some really impressive tools to their 18 Volt line up. Particularly the 18 Volt x 2 series of 36 Volt tools that are currently untouched by the competition. Corded power in a cordless tool became a lot more believable when Makita released the 18V x 2 line of 36V tools. Although the brushless revolution has given users a glimpse of corded speed, the power and endurance needed for really demanding tasks has still only come from corded tools. But with a 36V tool, like the 7-1/4″ XSH01Z Circular Saw, the power and runtime of these tools are getting closer and closer to cutting the cord for users.

Consider our 36 Volt Cordless Circular Saw Head to Head which put Makita in the pole position for this category. And from an actual users perspective we have found this saw to rise to the occasion when power was limited on a job, while working up high on exterior tasks, or even when simply the cordless convenience was preferred. And now with the release of the 4.0 Ah Battery we can only imagine what this saw is capable of. So far we’ve punished this saw by cutting LVL stringers, cutting into finished floor hardwood, cutting sideways and vertical into siding, and ripping countless sheets of plywood. Essentially this saw has been used like a corded saw and we haven’t missed a beat. This ACC testimonial should make you think twice about the 36V tools from Makita, not only does the 18V x 2 allow you to expand your existing 18V platform with 36V outdoor tools like a blower, hedger, or chainsaw but it gives you the ability to take advantage of cordless mobility and light weight for heavy duty tools like a SDS Rotary Hammer or Framing Circular Saw.

Based on our conversations with Makita representatives we can expect the company to focus on expanding their brushless offerings in several categories, delivering a wide array of compact and powerful tools to cordless users. Additionally, to help keep those 18V tools fueled up during the work day Makita is releasing a Dual Port Charger [DC18RD] that will simultaneously charge two batteries with the same speeds you expect from Makita packs, 30 minutes for 3.0 Ah, 40 minutes for 4.0 Ah, and 45 minutes for 5.0 Ah batteries. This charger also features a USB charger port for your job site devices. Makita will also celebrate their 100th Anniversary next year, so at 80+ tools now, it wouldn’t be a stretch to assume Makita may be pushing to release a slew of new tools this year to reach a hundred tools for their centennial anniversary. And I wouldn’t expect just any old tools to make it to the store shelves, Makita has been consistently releasing some really great tools like it’s 18V LXT Cordless Multi-Tool [XMT03Z]. Powerful, quiet, and convenient. I’d expect Makita to reach for that 100 tool benchmark with some premium quality tools like the XMT03Z and hopefully some new brushless tools! Also our friends at Makita let us in on a few “secrets” regarding the evolution of the 4.0 Battery and 18V Platform during our phone interview with Mario Lopez Product Manager, Cordless Tools. We can’t share everything with our readers but we can say that Makita is already preparing for the launch of a 5.0 Ah Battery with a 45-Minute charge time! When I was told this I nearly fell out of my seat, I love the efficiency and reliability of Makita’s ultra-fast charge times [see list below], but honestly wasn’t expecting it to be that fast!

Furthermore these 5.0 Ah batteries will boast 65% more run time than the 3.0 Ah packs with only 15 more minutes on the charger, very impressive. Tentative release for these batteries will be November of 2015.

Overall Impression of 4.0 Ah Battery and 18V Line Up

Makita is a brand trusted by us carpenters  and we appreciate the flexibility that the 18 Volt line up brings to our trade. The speed of the charge and the depth of the tools available for niche carpenters or remodelers makes Makita a popular choice for users looking to invest in cordless platforms. But what we’ve seen from Makita recently tells us that now may be the best time to get on board with Makita’s platform, if you aren’t already. Star Protection Computer Controls, higher amp hour battery packs with the FASTEST charge times around, and the innovative 18V x 2 line will prove to set Makita apart from its competitors. So get on board before the gap between Makita and the other guys gets wider… 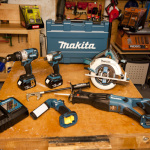 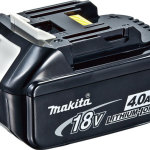 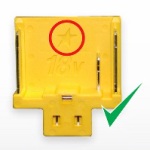 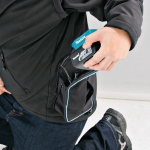 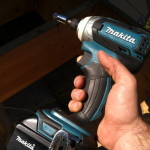 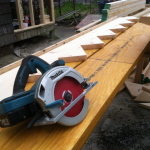 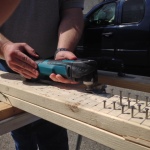 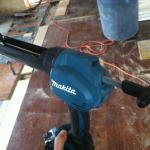 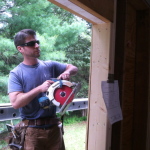 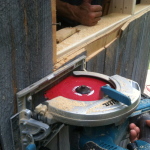 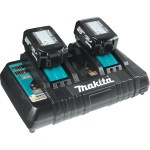