If you like tearing big, rough holes in construction materials — and who doesn’t? — then you’ve got your choice of drill bits: spade, auger, self-feed bits, and hole saws…and other less common things to hang off the end of your drill.  For most DIYers bits such as the Irwin spade and auger bits will be their go-to for holes larger than, say, ½-inch, which are easily handled by common twist bits.   The other bit styles are generally more expensive, and designed to bore bigger holes than most homeowners will need for improvement projects. 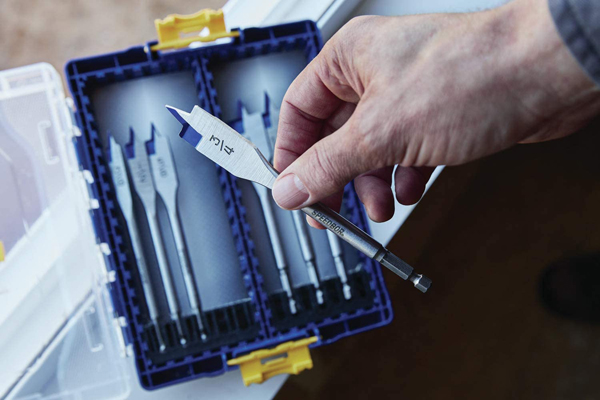 Also, those other styles often require—or hugely benefit from—either specialized drills or very powerful drills.  Most DIYers, by contrast, will have a cordless drill with a ¼-inch or ½-inch chuck, that puts out 300-400 inch-pounds of torque.  Spade and auger bits work fine in these drills, and so long as you don’t need a hole bigger than, say, 1½-inchs in diameter you’ll be fine.  After all, 1½-inches is more than a big enough hole to run romex or PEX through. 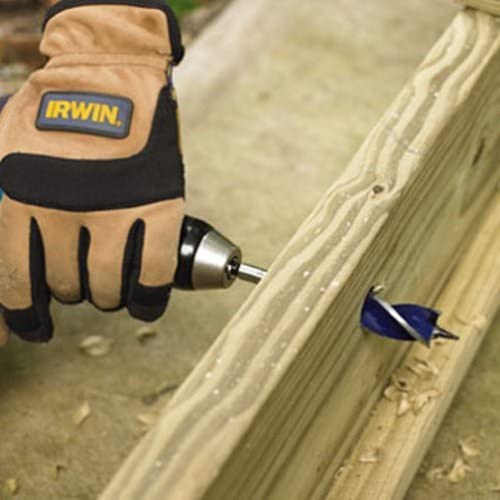 This 8-piece spade bit set (model 341008) from Irwin features the following.  (Irwin sells other sets with different numbers and sizes of included bits.) 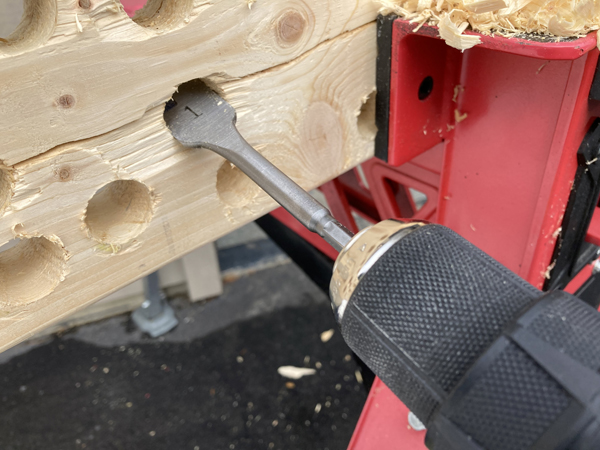 Spade bits are inexpensive and are sold in sets so you get a lot of bits for the money.  They do a good job of making holes, but are the slower, in general, than auger bits—although the gap is narrowing with each new generation of spade bits.  “Slow” is relative, of course, and these aren’t in any objective sense slow, but if you’re boring a hundred holes a day of the same size…well, it adds up.

The main drawback of spade bits are that they can easily, and suddenly, bind up in a hole and many a wrist has been sprained as a result.  You have to be very careful to keep these bits spinning at 90-degrees to the workpiece.  For years spade bits were all I used for holes in the ½-inch to 1½-inch range and they served me well.

Irwin sells their SPEEDBOR MAX auger bits as single bits and packaged in sets.  The 3-piece set with 4-inch shanks (Model 3041003) is what I have.  Features: 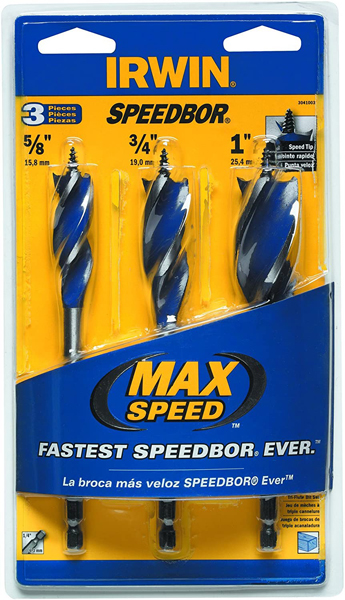 Auger bits can be thought of as big, coarse, twist bits.  They aren’t delicate, and they move fast through material.  The screw tip really does pull them through the material.  They are a very good choice when you have deep holes to bore, but you’ll need a powerful drill to punch a big auger through a lot of material.  (Don’t confuse these general construction auger bits with the long “ship auger” bits or “linesmans auger” bits, both of which are much longer and have visibly different flute geometries.)

When I was a young boy power tools were fairly new in the trades, and my dad (an electrician) and I still occasionally used an old-fashioned brace-and-bit with a long shaft and auger bit to bore through framing material.  I was amazed then, and still am amazed, at how easily that hand-operated tool tore through studs, joists and plates.  It was all because of the efficiency of the auger design. 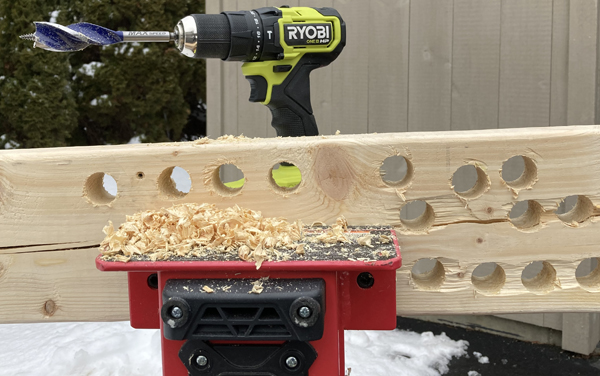 There are a lot of bit comparison videos on-line.  Many of them seem obsessed with how fast a bit drills with only the weight of the drill behind it.  But that’s not relevant to real life, where most holes aren’t drilled downward, and of course you’re pushing the drill. In my little look at these Irwin spade and auger bits I drilled horizontally, and simply applied the pressure that I normally would to move the bit as fast as it could go without binding up while still keeping the tool under control.  I manipulated the RPM speed as, and if, necessary, the way anyone would.  That may seem unscientific or not specific, but I have no doubt that every tradesperson and DIYer understands exactly what I mean.

My assumption is that most holes in residential construction will be made through one or two layers of 2X stock–either KD, PT, or sheets.  To represent these I used a piece of 2X KD and a 4×4 piece of PT for test mediums.  In line with what others typically found, I observed that, for the same diameter of the bit, auger bits chewed through these mediums about twice as fast as spade bits.  For 2X KD stock, we’re talking a couple of seconds compared to a few seconds.  For the 4×4 PT stock, about the same ratio. 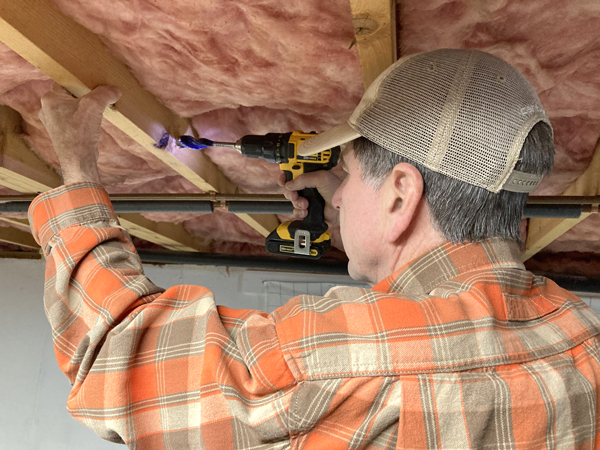 Every now and then, of course, either bit would bind up (with the wrist-wrenching torque that you’d expect, which is a good reason to use the side-handle on your drill if it has one).  Then, the bit would have to be backed out and re-started.  This was easier with the new Irwin SPEEDBOR Blue Groove bits than with the Irwin SPEEDBOR MAX auger bits, due to the threaded screw on the tip of the augers, and the lack thereof on the spade bits.  Because of that screw, which does indeed pull the auger forward and into the wood, I had to set the drill in reverse to back it out.  With the spade bits I could simply pull back.  Some other brands of spade bits do incorporate a screw tip, but I prefer the Irwin design for this reason (and I don’t experience a lot of difference in boring time between designs/brands).

Spade bits (AKA “paddle bits”) such as Irwin’s SPEEDBOR models have been around for a long time.  They are inexpensive and work very well (keep them sharp!).   They are hard to beat and most homeowners will be well-served by them.

Auger bits are certainly faster (and have been around for centuries).  For a job that involves a lot of holes, or when you can benefit from the screw action on the tip (for example: you can’t get much muscle behind the drill), they are a useful, easy to find upgrade.  They also will hardly break the bank, but they do cost a little, but not much, more.

Whatever you choose, Irwin spade and auger bits are a top choice.  We’ve reviewed many Irwin tools on this site.  What I also like about Irwin tools is that as part of the Stanley Black & Decker corporation, they are widely distributed, including to many local and regional hardware chains.  If a big-box store is a haul for you, then there’s a good chance your corner hardware store stocks Irwin tools and bits.