By Sarah Carmichael on Bathrooms Say what you will about British plumbing — there’s a lot to say about it, and almost none of it is good — but one of the things I’ve enjoyed on my trips to the UK is that you can be staying in the world’s remotest, tiniest wayside inn and the bathrooms will still have an electric towel warmer. It’s a country where the standard is still a hot tap and a cold tap — a single faucet that combines hot and cold water is considered an incomparable luxury reserved only for fancy international hotels — but by gum, there’s always a towel warmer. It’s treated like tea and ale — a necessity. A mark of civilization.

And yet, befuddlingly, towel warmers are still relatively rare in the United States. In the home of the brave — this land of superior water pressure and shower heads the size of UFOs, this nation where hot and cold water commingle freely in the same faucet — we have not rushed to embrace the towel warmer.

This, my fellow Americans, is a shame. What’s Nicer Than a Warm Towel?

Grabbing a nice, toasty towel off the heated towel rack always reminds me of when I was a little kid, helping (I use the term loosely) my mother fold the laundry; I loved to burrow into the warm, fluffy towels right out of the dryer.

Towel warmers have other benefits too. I’ll explain those, and explain why we decided to go with Warmup’s towel warmers in particular. Ever since my husband and I have lived together, I’ve had a heck of a time keeping our towels smelling fresh. Now, with this statement, I do not mean to throw shade at my beloved. I think it’s just the difference between having one person using the shower and two people using the shower. We also live in, if not a humid climate, then not a dry one: New England is hardly Arizona.

Whatever the cause, the problem persists: after only a couple of days, our nice clean towels no longer smell nice, or clean. And so I do a ton of laundry, wasting time (not to mention water). The Warmup towel warmer we’ve chosen will help our towels dry more quickly, preventing moldy-smelling towels. (I think this would really have helped my in-laws as well, who had a hot tub at their old house; wet towels everywhere!)

Warmup towel warmers add between 150 and 450 watts to the bathroom, which is up to 1,500 BTUs. If your bathroom is always cold, towel warmers may offer one way to get a bit more heat into the room. You might also want to look into Warmup’s radiant heat floors, which are a fantastic way of heating up chilly bathroom tiles. When I started looking into towel warmers for our new bathroom, safety was very important to me. Remember that remote British inn I mentioned in the first paragraph? Well, their towel warmer was more like a towel igniter. It was scaldingly hot. In a tiny British bathroom not exactly sized for a large person. Now think: how much clothing are you usually wearing in the bathroom? Yes. That was painful.

But Warmup towel warmers don’t have that problem. While some towel warmers sold online get very, very hot, the engineers at Warmup have figured out how to make an effective heated towel rack that doesn’t get so hot it will burn you. Moreover, all Warmup towel warmers are UL approved (which means that UL, a scientific testing and certification organization, has found them to meet established national safety standards). Your bare booty is safe! It only takes about three minutes for a Warmup towel warmer to heat up, which means you can turn it on when you’re getting into the shower and have a warm towel waiting for you when you get out. This is great news if you’re one of those people who worry about leaving heated electric appliances on (or who insist on unplugging the toaster and coffeemaker every morning — you know who you are).

I don’t know about other brands, but our towel warmers have been very easy to install. While other aspects of our bathroom renovation resulted in a certain amount of chaos (that somehow spread to the entire house… how does that happen?) adding the towel warmers was easy in comparison. Towel warmers can be controlled with the floor heating 4iE Smart WiFi Thermostat or simply on the lighting circuit with the light switches, which means they require minimal electrical work. Last but not least, I liked the variety of options Warmup offers. While I was intrigued by some of their more modern designs, the truth is, we have a very traditional, historic New England home — and it was easy to find a style that would match the feel of the house. I was also impressed by the number of sizes on offer — because our home is an antique, we often need to find smaller sizes than those offered by contemporary appliance companies. But Warmup had a great array of size options, both for smaller and larger bathrooms. 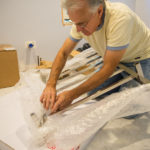 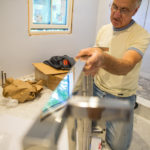 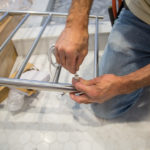 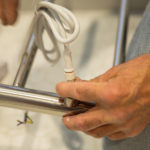 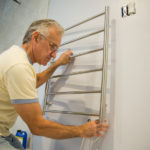 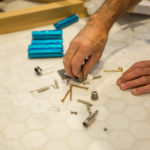 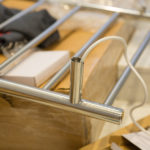 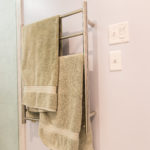 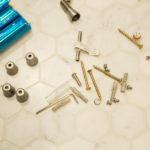 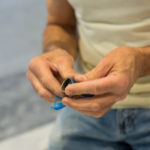 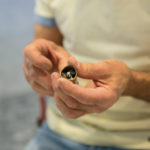 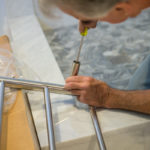 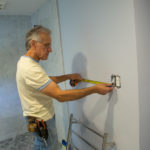 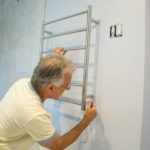 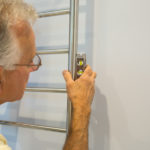 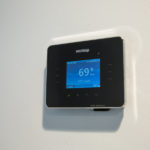 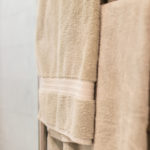 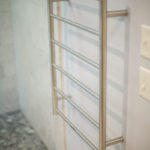 Sarah Carmichael is a writer and editor living in Carlisle, Massachusetts. She's covered a number of subjects, including business, baseball, politics, history, and culture. She is an avid hiker, gardener, and DIYer, and spends most weekends either climbing mountains or gardening around her 1684 home.

All posts by Sarah »