By Scott Arnold on Tool News 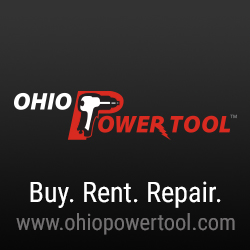 Did you know that every 9 minutes there is a table saw accident? Over the course of a year, there are tens of thousands serious injuries, more specifically on average, 10 amputations a day caused by table saws. That being said, we feel that there is no greater safety then using your head, following safety rules and respecting the tool that you are using. These tools should instill fear, a “healthy” fear and respect.

Products such as SawStop can often times give the user a false sense of security. Having the knowledge of doing something wrong and knowing the outcome can be grave, often times keeping you from even consider it

In 1999, a patent attorney named Steve Gass invented the flesh sensing technology along with three of his friends. In 2004 the first Saw Stop saw was sold and now they claim to the #1 cabinet saw in North America, having large facility located in Tualatin Oregon.

The technology works like this. There is a small electrical signal that is built into the saw blade. When there is any skin contact with the blade, this changes the signal due to the body’s conductivity. This sudden change activates the safety signal and springs an aluminum brake into the spinning blade, stopping the spinning dead in its track. The angular momentum drives the blade down, thus avoiding any subsequent contact with the blade. Power is immediately cut to the saw. All of this takes place in 5 milliseconds. That is 10x faster than a car airbag being deployed and also 10x faster than the human body can react to danger.

SawStop claims that resetting the saw yourself is a simple and easy process. You will have to replace the blade ($25 – $50) and purchase an affordable brake cartridge (roughly $89). They state the entire process takes less than 5 minutes and you will be back up and operational. Why SawStop is not the answer

There are several reasons why SawStop is not the end all answer. Below are several of them, and to me the last one is the most important and often the one we forget to use.

Riving knives, a safety device used when ripping plywood lengthwise, along the grain. The riving knife, which is mounted behind the blade, keeps the kerf open and if the stress in the wood closes the kerf and grabs inwards, it will first grab onto the riving knife, rather than the moving blade.

Pinching is the most common culprit. If the saw kerf closes in on the blade so that it can’t spin freely, something has to give. Wood pinching the blade will fly in the direction of the saw blade’s rotation. The riving knife helps prevent these kickback situations.

Incorporated in the newly designed guards are what is called anti-kickback pawls. This toothed type device only allows forward motion of the wood while cutting. Their toothed design will dig and help retard the wood from flying back towards the user.

One of the most important safety tips we can offer you is using your head. Take the time to properly learn how to use a table saw, its safety features and proper cutting methods. If it seems risky, then it probably is. If it does not seem right, then it probably isn’t.

Remember the TV Show from the late 80’s and early 90’s called the New Yankee Workshop? Norm Abram always used to start off the introduction to the show, by saying “there is no more important rule, then to wear these, safety glasses.” Well I do agree that eye protection is extremely important, I believe that there is no important rule, then to use your head when it comes to safety.”